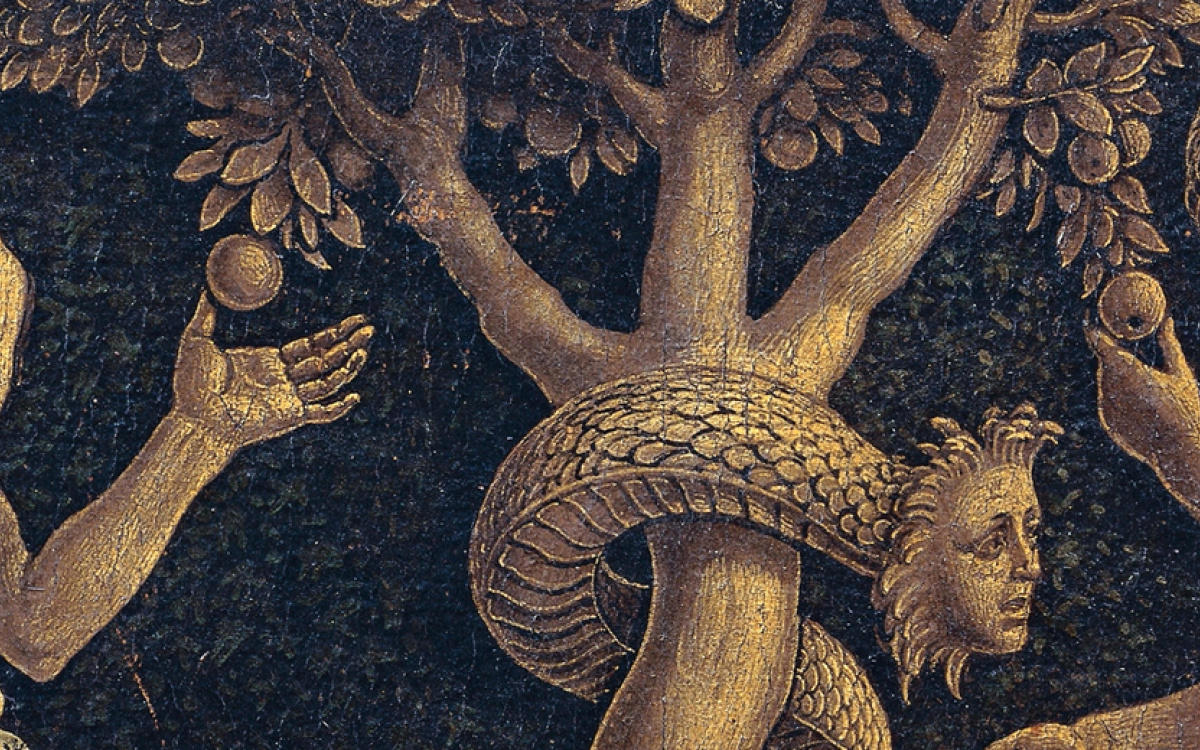 How do Catholics rightly understand the Creation account? Is there a way to look at the book of Genesis that affirms and empowers queer individuals while still holding onto the essential pieces of God's creating act?

In early June 2019, the Vatican released its educational guidelines on transgendered people in a document entitled “Male and Female He Created Them:” Towards a Path of Dialogue on the Question of Gender Theory in Education.” The title of the document comes from a poetic couplet from the first creation story in the Book of Genesis. Despite the document’s claims, the text displayed no evidence of dialogue with transgendered Catholics, biological scientists, medical professionals, geneticists, sociologists, or historians. Like many other LGBT+ Catholics, I wept when I read the it. Not only did the document break my heart, it offended my sense of reason.

I am an academic historian by training, not a theologian. Indeed, more competent theologians than I have rebutted this document’s arguments about church teaching and gender. I was troubled by the document’s misuse of decontextualized quotations from Genesis to deny the sanctity transgendered people because they violated basic professional standards of historical analysis. Rather than opine about the shortcomings of Church prelates, I found immense hope in the global Vine and Fig Community as a space for authentic dialogue and transformative encounters.

Pat Gothman and Patrick Weston had the foresight to establish the Vine and Fig Community on Slack, a collaborative productivity platform that makes it a space for faith and works. At the same time “Male and Female He Created Them” dropped, some of us were in the process of organizing a meet-up via Google Hangouts. After the Vatican released the document, we decided to make Genesis focus of our first online gathering: “(re)Claiming Genesis: Affirming Creation and Empowering LGBT+ Catholics.” Coordinating across multiple time zones proved a unique logistical challenge, especially in the busy summer season. So, we recorded portions of the online seminar for anyone interested in reading Genesis through an LGBT+ affirming lens.

Jesus quoted Genesis by heart. Genesis informed the teachings of the Old Testament prophets and early Church thinkers alike. This ancient Hebrew creation story is a poetic masterpiece, each word displaying the excerpt craftsmanship of its authors and editors. As a whole, Genesis exemplifies the literary, theological, and historical consciousness of the ancient world. For Catholics, Genesis ranks second only to the Gospels in terms of its scriptural teachings for how we humans can encounter our creator through our relationship with creation. Yet for too many LGBT+ Catholics, Genesis has been used as an instrument of oppression. How many of us have endured from terrifying homilies about “the sin of Sodom,” faced vitriolic slogans like “Adam and Eve, not Adam and Steve,” or have had lived experiences dismissed with a callously indifferent reading of “male and female he created them?” These problematic readings of Genesis in the service of a narrow ideology of gender do as much violence to scripture as they do our LGBT+ siblings in faith.

Historians interpret the past and analyze change over time by making arguments accountable to evidence. Academic historians and Catholic theologians alike do not read Genesis as a literal history. Instead, we try to interpret the text’s intricate symbolism, linguistic structure, and literary devices. Although my training is in Native American history and not Biblical Hebrew, I love reading and meditating upon Genesis. I’ve studied Indigenous creation stories throughout the world, and love enjoy immersing myself in the nuances of every phrase in Genesis. Moreover, I am fascinated by the ways diverse cultures and peoples have engaged this text throughout the centuries. Despite its accessible language and rich cast of characters, the complexity of this Iron Age text resists simplistic interpretation or authoritative pronouncements about gender in the twenty-first century. My hope in sharing this video with the wider Vine and Fig Community is that by reading Genesis through a historical lens, we can begin to understand how our LGBT+ identities reflect the perfection of creation and are wholly compatible with Catholic teaching.

Like many historians, I have a bad habit of talking too much. In the video, I set a poor example of dialogue by monologuing ad nauseum. If the video feels like a dry academic lecture, mea culpa. Admittedly, the best part was the discussion. But we did not record those segments out of respect for the privacy of all participants. In future online gatherings, I look forward to doing more listening as other members of the Vine and Fig Community share their expertise, experiences, and insights as we learn and heal together. Like Genesis itself, I hope this video is the beginning of an extraordinary journey with my fellow LGBT+ siblings in faith.

Mike Mortimer is a Vine & Fig Community member.  He is a digital historian and has a PhD in Early American and Native American history.