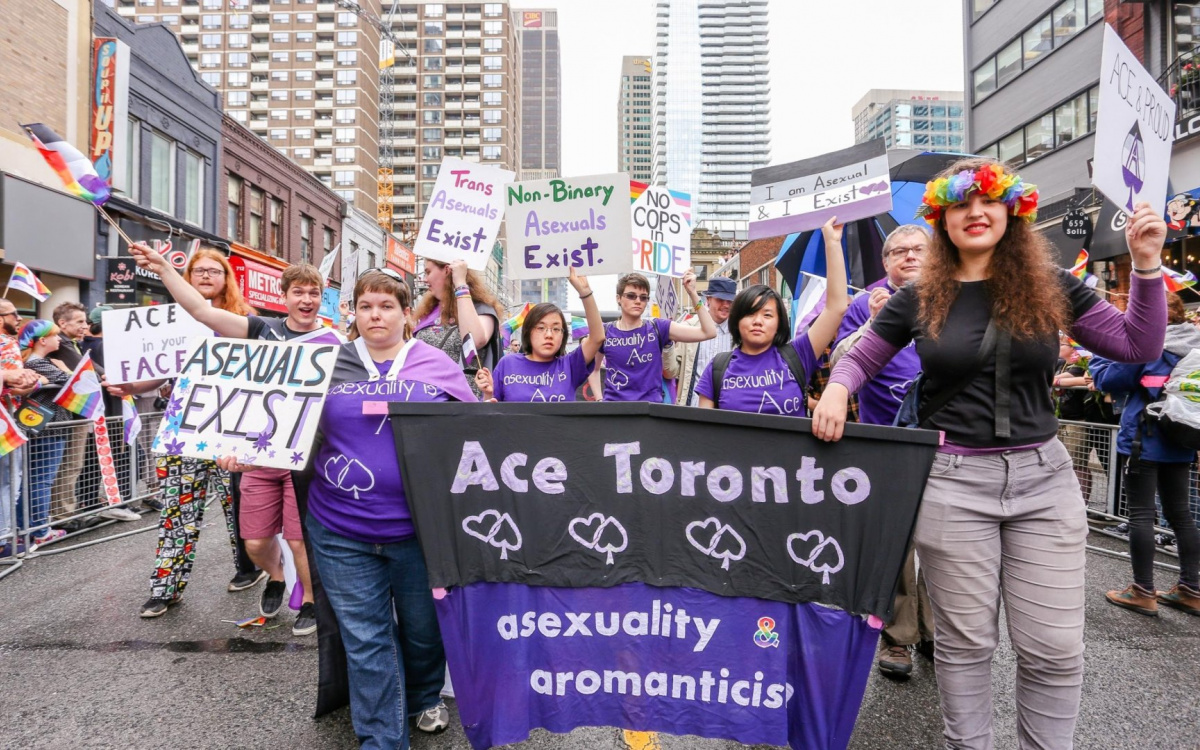 During the early years of the LGBT+ liberation movement, queer people forged political solidarities by sharing their experiences of sexual repression and alienation from the dominant heteronormative society.

As LGBT+ activists articulated and proudly celebrated  a sex-positive ethos, other queer voices expressed concern the movement overlooked individuals who experienced intimate same-sex romances without any sexual desire. In a groundbreaking 1980 study, psychologist Michael D. Storms argued that asexuality constituted a distinctive “fourth sexuality.” Storms argued that the Kinsey Continuum of human sexuality inadequately represented asexual persons, and coded individuals who expressed no sexual desire for male or female bodies as bisexual. Yet, more than twenty years passed before the first empirical study of asexuality revealed that approximately 1% of people do not experience any sexual desire for individuals of any gender.

The proliferation of studies on asexuality after the year 2000, as well as greater political organization and visibility within the LGBT+ community have contributed to the perception that asexuality represented an internet phenomenon of the twenty-first century. Indeed, David Jay founded the Asexual Visibility and Education Network (AVEN) while an undergraduate at Wesleyan University in 2001. From a small cohort of 134 members in 2002, AVEN’s had grown to 70,000 by 2013. However, Michael Waters’s historical detective-work in “Finding Asexuality in the Archives” excavates vibrant yet overlooked stories of asexual self-discovery and activism that predate the internet revolution by more than a century. Historians are just beginning to understand the significance of asexual lives within the global history of human sexuality. 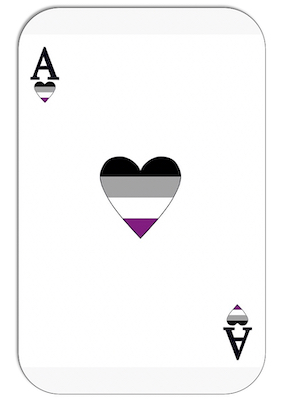 Recent victories in the struggle for marriage equality have overshadowed the unique challenges asexual people face in a legal system that imbues sexual acts with explicit legal meanings. In 2014,  legal scholars considered how asexuality challenges longstanding presumptions about human sexuality within the American legal system, such as the legitimacy of  sexually consummated marriages. Indeed, asexual people deal with the same prejudices that other LGBT+ individuals face, and most LGBT+ non-discrimination laws extend protections to people who identify as asexual. However, a 2012 study showed the asexual people have the added burden of discrimination and rejection by other members of the queer community.

For queer Catholics, the Church’s teachings on chastity and celibacy seem to tacitly affirm individuals who identify as asexual. However, conflating asexuality with chastity elides the lived experiences and desires of asexual people. As the AVEN FAQs for the parents of asexuals explains, “asexuality is not celibacy—celibacy is a choice to abstain from sexual intimacy while asexuality is an orientation which results in lack of sexual attraction.” Affirming asexuality requires greater acknowledgement of its distinctiveness within a spectrum of queer identities.  As Aces gain more visibility and historians continue to recover asexual lives from the archives, queer Catholics have new opportunities to build intersectional bridges within our community.