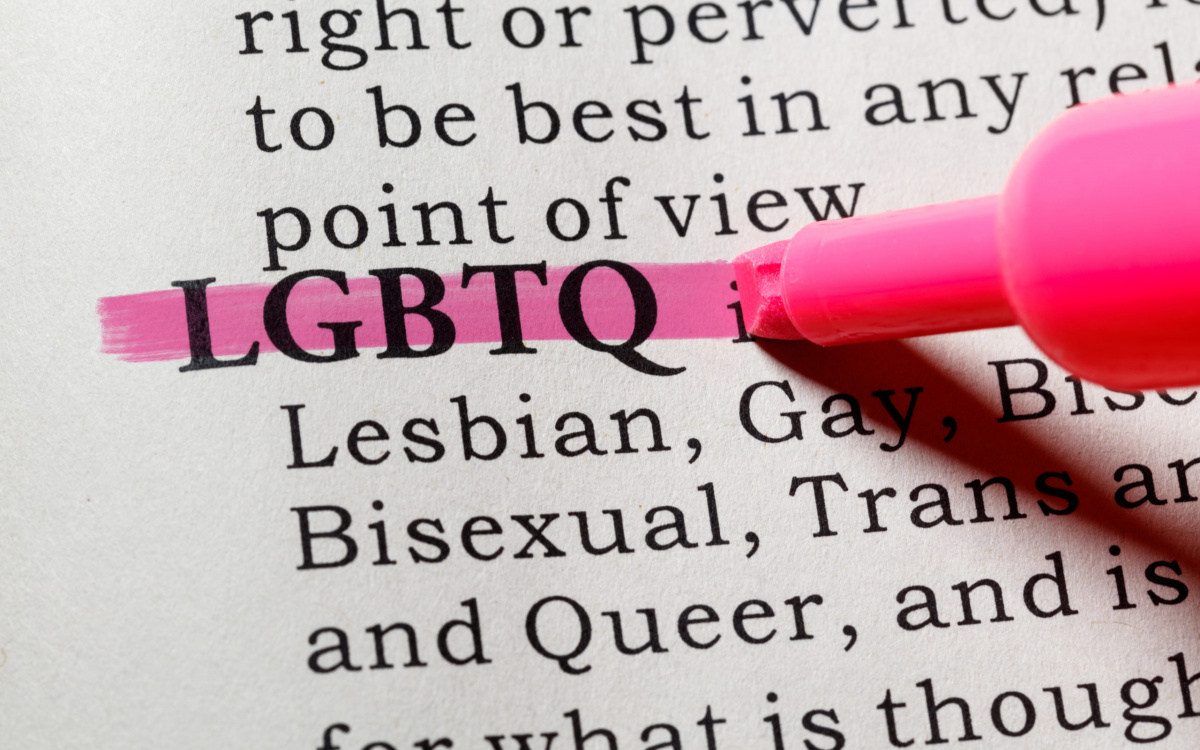 They can be incredibly useful, bestowing a sense of belonging or understanding to concepts or feelings that once confused or created distance.

This is the first in our series Queer 101, a collection of essays that seeks to help queer Catholics and queer allies explore and engage in meaningful discourse. Read part two. Be a part of the narrative, tweet @vineandfigco.

Just like today, when I was growing up in a church in North Texas, it was common to hear a debate about whether a given politician was Catholic or not. The discussion was never over whether they claimed another religion. No, these were folks who identified as Catholic, but my fellow parishioners were dubious. “That politician supports abortion, she's not Catholic,” was the most common refrain.

But as time went on I found the label was surprisingly elastic. The same church employee who cancelled a politician’s Catholicism over abortion told me he thought the Church lost credibility when it spoke out on environmental issues as he believed the science behind it biased and dubious. Claiming to be a real Catholic, to believe all the teachings of the Catholic Church was rarely as straightforward as it sounded.

So I would hear folks add modifiers to try and clarify. “I am a liberal Catholic.” An orthodox Catholic. A liturgical Catholic. An Easter/Christmas Catholic. You could believe in the real presence of the Eucharist, or not. You could attend Mass on Sunday, or not. Support the current pope, or not. It wasn’t that the label Catholic meant nothing. It just seemed to mean many different things depending on who was claiming it.

Even as an accusation it became amorphous. “Oh you’re Catholic?" “Yes, but not one of those Catholics!”

So what does it mean to be Catholic? It turns out it’s complicated. We all bring our preconceived notions and biases to the label. Does being a Catholic make you misogynistic, homophobic, colonial, racist, and complicit in the cover-up of horrific crimes throughout history? Some would say so. Others would adamantly deny it. Many of us would say, sort of, but not necessarily.

Is that clear enough?

Terms like this, in general, are difficult. But they can be incredibly useful, bestowing a sense of belonging or understanding to concepts or feelings that once confused or created distance.

A lot of terms in the queer community are like this. They can be easily misunderstood and confused, depending on previous experience with the word, but they can also give so much hope and understanding when put in their proper context.

Our hope is that this Queer 101 project will help do just that. Many of us who have grown up in and around the Catholic Church have a stressed relationship with queer terminology and identities. And that’s okay. There are terms that we have been told by people we trust represent disorder and sin. And we meet these people or see them represented and not everything adds up. Maybe we even wonder if some of them apply to us.

But, whatever your story with these words we’ll be breaking open, try to approach them with an open mind. Know that behind them are real people, beloved children of God. They desire to be accepted, known, and loved, just like you and I do. May this series be a small first step in that direction.

To be continued... Be a part of the narrative, tweet @vineandfigco.