RCIA but Gay: Catholic Martyrs and the Racist Roots of LGBT+ Persecution in Uganda

Although Uganda escalated state-sponsored persecution of LGBT+ people amid the turmoil of the worldwide recession that began in 2008, the erasure of queer lives throughout Africa has deep roots in a century of European imperialism and the Catholic Church’s complicity in colonialism.

On April 20, 2020, police raided a community AIDS treatment shelter in Kyengera, Uganda under the pretext that its LGBT+ residents had violated the government’s social distancing mandate for the COVID-19 pandemic. Police arrested twenty-people, detaining them without bail or access to their AIDS medication. Beyond the irony of using a pandemic to justify police violence against AIDS patients, this recent  episode of Ugandan police brutality fits within a decade-long policy of state-sponsored terror against the country’s LGBT+ population.  As the second largest Catholic country in Africa—four out of ten Ugandans practice Catholicism—Uganda’s bishops typically support repressive anti-LGBT+ laws even as they stopped short of endorsing a 2009 “Kill the Gays” bill that would have made same-sex intimacy punishable by the death penalty. Although Ugandan government began systematically targeting LGBT+ people during the worldwide recession that began in 2008, this erasure of queer African lives has deep roots in more than a century of European imperialism and the Catholic Church’s complicity in colonialism. 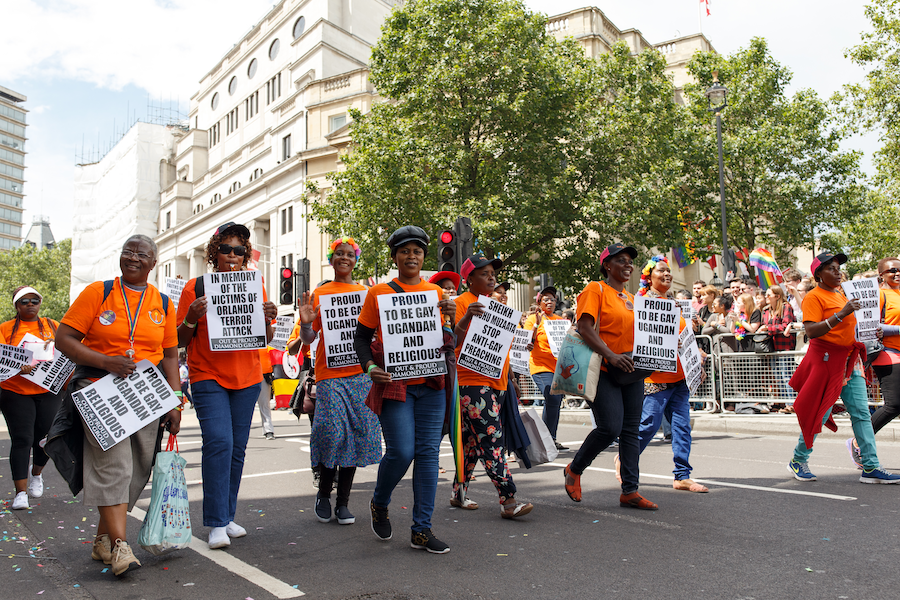 Within the vast and storied history of the lands and peoples that became the Republic of Uganda in 1962, state-sponsored homophobia represents a relatively recent historical development. Contrary to the refrain “homosexuality is un-African”— often repeated by clergy and politicians alike—ethnologists have shown that central African peoples accepted an array of queer identities before European colonialism in the late nineteenth century. Catholicism made inroads into the precolonial Kingdom of Buganda during the late 1870s. Protestant and Catholiuc missionaries alike increasingly stoked cultural tensions in traditional communities. Responding to the backlash and growing fears of European imperialism, Buganda’s ruler ﻿Mwanga II ordered the ritual torture and execution of twenty-two Catholic and twenty-three Anglican converts between 1885 and 1887. French Catholic missionaries later reported that Mwanga executed some of the Christian men because they had refused the king’s sexual advances.

The British press sensationalized the deaths of the “African Martyrs,” eagerly publishing newspaper stories that discredited the independent rule of Mwanga II during the 1880s. Such lurid headlines justified British imperial expansion into Uganda in the name of “civilization,” even as the realities of colonialism in central Africa more closely resembled the brutal scenes from Joseph Conrad’s 1899 novella Heart of Darkness. Britain imposed a racialized social hierarchy in the Protectorate of Uganda. These Victorian-era colonizers established brutal and exploitative colonial states, implementing anti-sodomy laws that remain on the books in many African nations long after they achieved political independence.

Colonial-era sodomy laws as well as the long shadow of the African Martyrs loom over LGBT+ people in Uganda. During the 1960s, the Second Vatican Council overlapped with the era of European decolonization in Africa. Indeed, part of the impetus of the Vatican II reforms reflected a new decolonial ethos in Church teaching and led to the massive expansion of the Church in postcolonial Africa. To drive home the decolonial agenda of Vatican II, Pope Paul VI canonized the Ugandan Martyrs in 1964. Recent political independence combined with papal recognition imbued their June 3 feast day with immense nationalistic symbolism and significance for Ugandan Catholics. 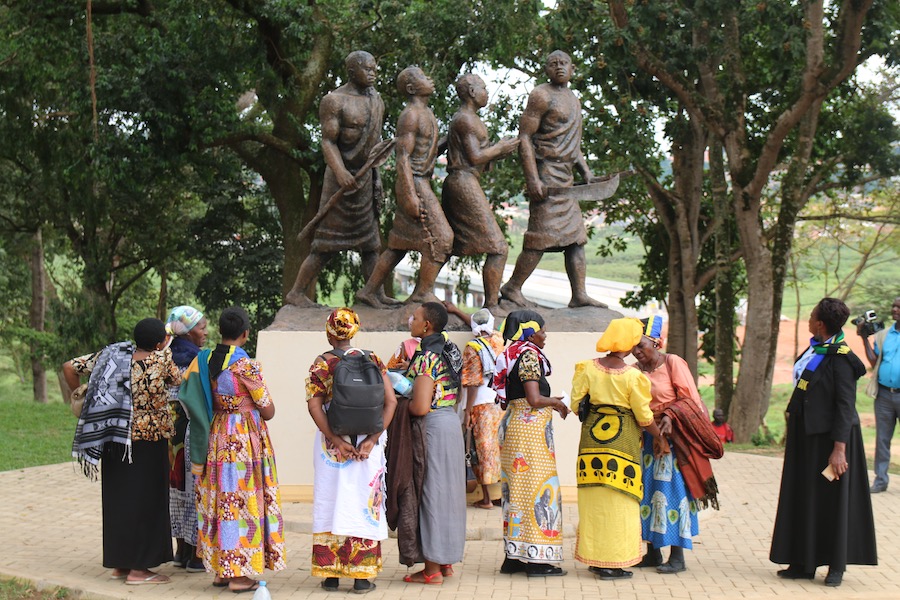 Commemorating the seventy-fifth anniversary of the Uganda Martyrs in 1961, Fr. John Faupel published the influential biography African Holocaust that regarded King Mwanga’s  homosexuality as “the decisive factor” in the martyrs’ passion story. Faupel perpetuated the “homosexuality is un-African” trope by asserting that Muslims had actually introduced the “infamous practices” to Uganda prior to European colonialism. Based on a single dubious source, Faupel declared that homosexuality was endemic within Buganda’s royal family and “rife” at court, specifically identifying Mwanga II as “addicted” to the “vice.”  Some scholars generally accept this picture, including Jesuit Fr. James Martin describes Mwanga as a “practicing pedophile.” Regardless of the king’s purported predictions, scant historical evidence corroborates claims that sexual rather than political motives compelled Mwanga to persecute Christian converts. This popular fiction first emerged around 2005 as an ecumenical alliance of anti-LGBT+ clergy recast Mwanga as a sexually perverted villain in the Ugandan Church’s origins story.  Mwanga II came to personify false stereotypes of queer people as innate sexual predators. Annual Martyrs Day celebrations helped normalize homophobia in Uganda, as politicians and Catholic clergy appropriated this feast as a national platform for anti-LGBT+ rhetoric.

How can a worldwide community of queer Catholics fight to ensure that lives of our LGBT+ siblings in Uganda matter? Western countries risk perpetuating cycles of economic colonialism by sanctioning developing nations, while thoughts and prayers from the white leaders of “developed” nations do little to protect the most vulnerable queer lives.  Leading Catholic clergy throughout Africa, including Cardinal Robert Sarah,  justify anti-LGBT+ laws as decolonial acts of self-determination, contending that African nations have the right to resist the imposition of Euro-American sexual norms through cultural imperialism. Cardinal Sarah is correct at least in this respect: colonial legacies cannot be redressed through neo-imperial solutions. Given the silence from the Vatican on LGBT+ human rights in Africa,  queer Catholics in the Global West must honor the memory of those martyred by bigotry and  stand in solidarity with our LGBT+ siblings in Uganda. Bereft of political protection and pastoral care amid the twin pandemics of AIDS and COVID-19, queer Ugandans are struggling for the right merely to exist in 2020.