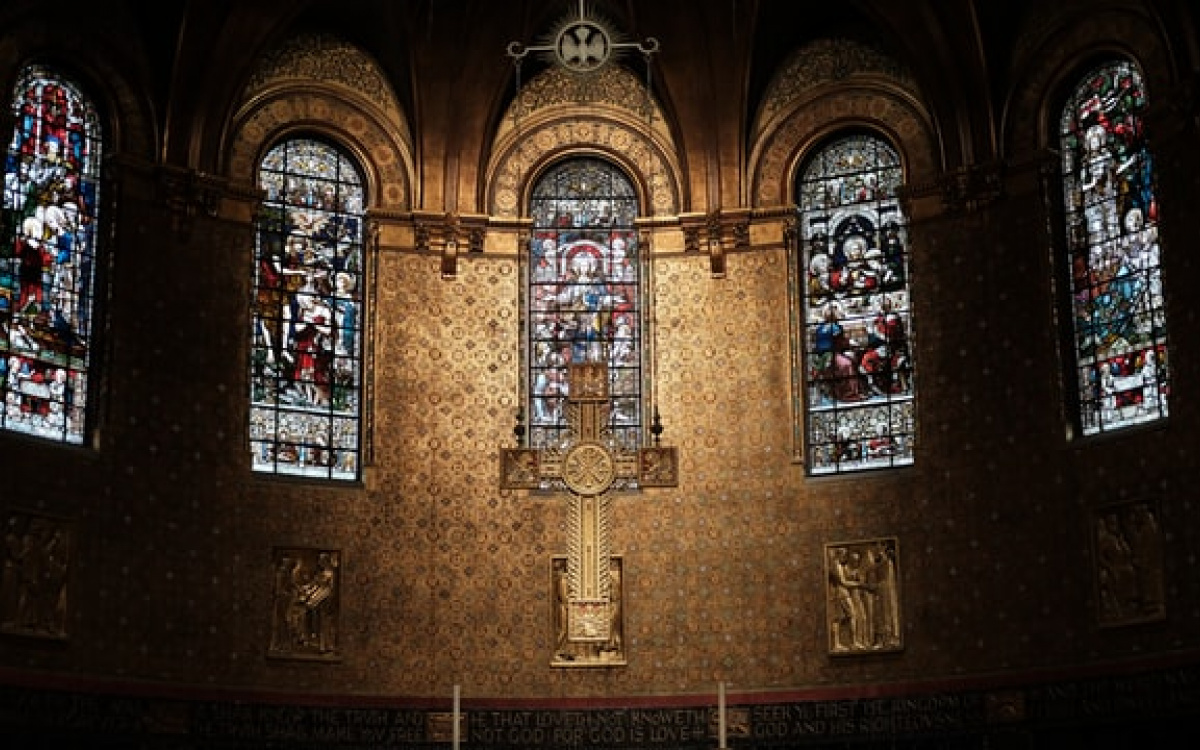 Live Fully As You Are

There’s a hundred different ways to deal with this, and that’s okay.

For Corinne, life as a queer Catholic sometimes feels like a tightrope walk. Corinne was raised Catholic, and she didn’t start to question her sexuality until her late 20’s. She’d always kind of assumed that she’d eventually find a guy, and she was frustrated that she seemed so far behind her peers in terms of relationships. Whenever she prayed about it, she felt like she was being told to be patient. So when she first started the process of coming out to herself, Corinne began going to adoration. “I started doing whatever I could to try to feel this closeness to God and really pray on ‘is this a path I should be going down, or is this wrong’ type of thing,” Corinne recalls. “And this message I was continuously hearing from God was ‘You’re ready for this, you can do this, this is where I’m calling you to be’.”

The first person Corinne came out to was a priest friend who used to be the pastor at her parish. “I felt like I needed a test run, and I knew that if I went and talked to a priest he couldn’t tell anyone else”. She drove an hour to talk to him. To her surprise, their conversation didn’t focus on Church teaching. Instead, they talked about how she could come to terms with her sexuality and protect her mental health and well-being. Corinne remembers him saying: ‘It’s clear that this is a very heavy burden on you right now, and I would like to think that by coming here and telling me you cut that burden in half...what if you could find one more person, and then one more person, and just keep cutting that burden in half, until it gets to a point where it’s manageable for you’.” Corinne went home, and the next person she came out to was her sister, who revealed that she, too, was gay. Each time Corinne told someone, it got a little bit easier to talk about, and she began to feel more comfortable in her queer identity.

After coming out (and cutting her hair), Corinne felt awkward at Mass, even though “nothing had really changed”. So she attended an Episcopal church for about six months, with a welcoming and affirming community where she felt comfortable being herself. But it just wasn’t the same, and eventually, she decided to go back to her old church. "I think what I eventually came around to was I deserve to be here, just as much as anybody else." Corinne feels that a few things helped strengthen her resolve to remain in the church. Firstly, her stubbornness: she knew she belonged, and the more she received the message that she should leave, the more she wanted to stay. Secondly, her family was supportive of her, and they’d raised her with faith as the most important thing in life. For Corinne, this wasn’t something that was simply wiped away when she came out, and their support helped encourage her. And most importantly, Corinne always knew God loved her and made her the way she is, regardless of what others might say.

Corinne also knew that she couldn’t be the only one walking this kind of tightrope between how to live as a queer Catholic, and so she started searching for answers. She read religion and philosophy books, which just reinforced her belief in the necessity of being true to herself. While hunting Google for resources, she came across the Tabard Inn podcast, which introduced her to the Vine & Fig community. “It helped me feel a lot better, just to know that there’s people out there who [feel] that you can live fully as you are.” For Corinne, that’s a quality that makes the queer community special: accepting the human condition as it is, not trying to put it into a box where it doesn’t fit.

However, Corinne did struggle with how to balance her identity with other people. She felt expected to choose one or the other: either to be queer, or Catholic, not both. As an active member in her parish community, Corinne hasn’t felt explicitly welcome or unwelcome- just invisible. “Sometimes it feels nice, because you just feel normal,” Corinne says, “But other times it’s like ‘I wish you could acknowledge the situation here’”. Corinne also had to wrestle with her identity when it came to dating. One of her biggest questions was whether she should date at all. “What would be the reason for God wanting me to go the rest of my life single? Like, there are people who are called to that, my brother’s a priest, I get it,” she remembers thinking. “But do I really feel like that’s where God’s calling me?” When she did start dating, Corinne despaired of finding someone who shared her Catholic values. Should she settle, or wait for someone she could truly be herself around? “And that’s where it’s funny,” Corinne says, “Because I felt that early on, like, how the hell am I going to find that? That’s never going to happen. And then it did actually end up happening.”

Today, Corinne looks forward to being able to attend church in person with her fiancée again after the pandemic, though she recognizes they will need to set boundaries. After the recent statement from the Congregation for the Doctrine of the Faith, her fiancé mentioned how she felt like she was in a toxic relationship with the Church, a sentiment that really resonated with Corinne. “We don’t want to raise our future children in a Church that will cause them trauma, and doesn’t recognize or respect the love their parents share.” She also says that the combination of coming out and dealing with the pandemic has forced her to strengthen her relationship with God and her prayer life. She can’t rely as much on ritual and tradition, or on just going through the motions. Corinne thinks the most important thing for others to remember is that our journeys as queer Catholics don’t have to all look the same. “There’s a hundred different ways to deal with [this], and that’s okay.”