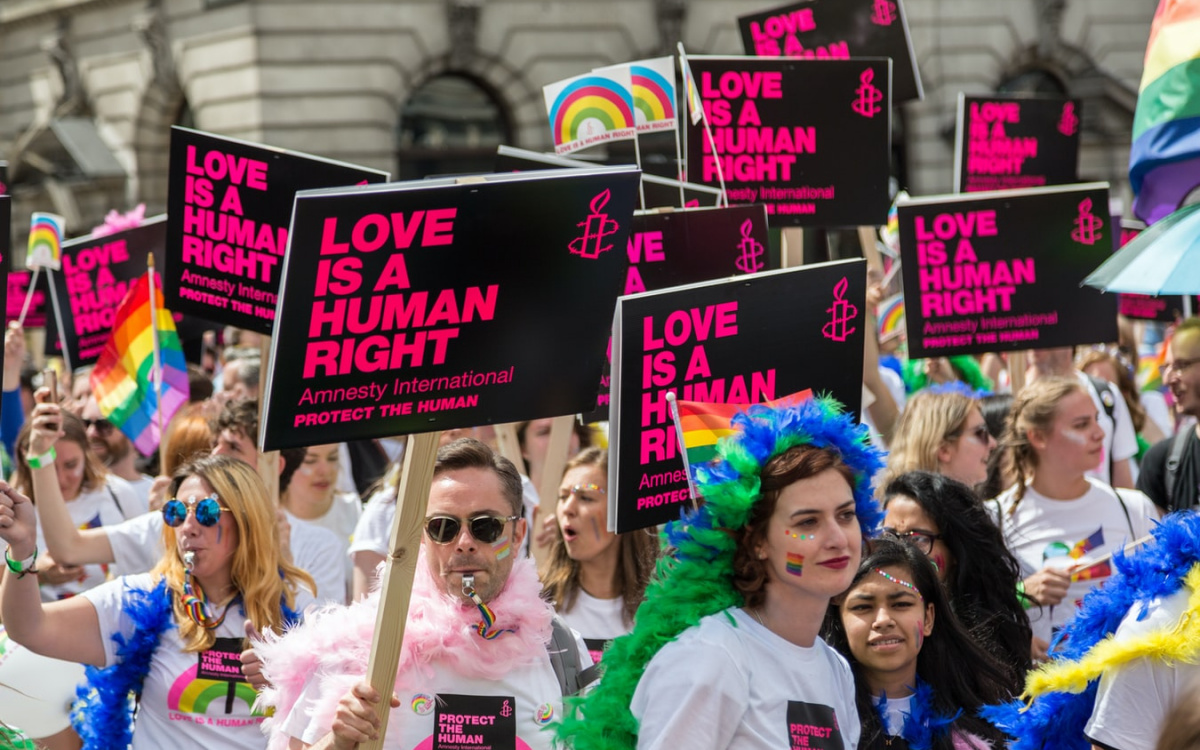 Much of the resistance I’ve seen as a gay person has come from fellow Christians who’ve bought into the idea that somehow I made the choice, and not our God, to be a member of the LGBTQIA community.

Catholicism could really learn a lot from homosexuality. I say that as someone who understood my Catholic identity long before I even knew how to process my being a gay man, or a male-identified person who is sexually, spiritually, and romantically moved by other male-identified individuals (including trans men and other queer folks) who share that attraction.

And I’ll preface this all by saying that being gay has honestly been one of the greatest blessings of my life. It has given me a beautiful purpose in this world, one that is specific to me and my wants and is consistent with the direction I see my life progressing. My sexuality is also God-given and ordained, and I will always offer thanks to God for finding favor in me. Now while the journey to fully embracing that sentiment took several years of self-discovery and self-acceptance, followed by additional time to unlearn the “traditional” thinking of a predominantly white, straight Christian society, the fact remains that I, a Mexican-American millennial gay man, healthily arrived at this wonderful destination with love, support and pride.

Come to think of it, it’s quite interesting now realizing that “sin” can be found in the word destination, considering it plagued me (and others who share my lived experiences) during most of my childhood and early adolescence as a member of the Catholic Church. Before I could properly develop the language to verbalize my gayness, I was told by priests and other institutional leaders that my behavior was sinful and detested by God. That engaging in same-sex activities would result in eternal damnation. That even exhibiting homosexual feelings for another should be immediately disclosed to a man in a dress at the confessional. That I would instead be considered a fine, productive member of society if I aspired to have the wife, the 2.3 kids, and the white-picket fence that generations of Americans were told was the ultimate achievement and indicator of success.

No one ever tells you as a young, confused gay person that you’re absolutely able to challenge that life vision, which we all know was both constructed and propagated by seemingly straight individuals who bestowed that authority upon themselves without any consideration for us and our equally-important paths. Paths, I should note, that may or may not center marriage, children, sex, monogamy, or spiritual devotion, among other things. I want to emphasize this particular point because many of us spend too much time attempting to emulate the gayness that is projected to us either by friends, family, other queer folks, or mainstream media types. I am a gay man who wants to eventually marry my male partner, have children together, and raise those kids with a healthy version of Catholicism that I think will work well for our life tempo. That is what being gay looks like for me. Yours can be totally different and still be wonderfully queer. Don’t you just love how God gave us the free will to make these decisions for ourselves?

That being said, the mostly-harsh rhetoric that a vast majority of us heard from the pulpit or from catechism classes has unfortunately played a role (either significant or not) in how we, as gay people, and those around us, perceive that particular identity. Much of the resistance I’ve seen as a gay person has come from fellow Christians who’ve bought into the idea that somehow I made the choice, and not our God, to be a member of the LGBTQIA community. That I, along with other gay men, am a predatory heathen whose life is dictated by sexual conquests.

And since we’re talking about sex, let’s be clear about one thing: one’s explicit choice to engage in consensual sexual behaviors, regardless of sexual orientation or gender identity, should never determine one’s spiritual or individual worth. Queer people, including gay men, should feel secure in exploring personal and interpersonal desires, especially since I firmly believe that sexuality is an extension of God’s many gifts to us. Although there has always been an unnecessary and invasive fascination with the mechanics of gay sex by cisgender straight people, it’s absolutely no one’s business how we enjoy that gift (if at all, frankly) with ourselves or with consensual partners. Plainly, some gay Catholics have sex. A few are probably having sex right now. And it’s my opinion that the Catholic Church best keep itself out. But it also requires us, as gay people, to keep it out or at least construct helpful boundaries, similar to those we make for those around us.

I initially said Catholicism could really learn a lot from homosexuality because there’s a freeness associated with it that really makes life easy to live. Trust me. Depending on where you are in your identity journey, you’ve likely made the decision to silence opposing voices, to welcome and embrace your supporters, and to pursue joy in all of its forms. That will sometimes run counter to the heavy shame typically tied to our faith, one that’s still unsure of what to do with us. But the keyword there is “us.” LGBTQIA folks overwhelmingly understand what it means to be in community.

And so the Church ought to take note. If we’re really to believe that all are made in the image and likeness of God, we have to be happy knowing that such an image could be decked out in Pride attire or gender-bending clothing; it can defy our perceptions of the masculine and feminine. Policing the likeness of God for the sake of appeasing close-minded clerics and brethren is unbecoming of our institution and runs counter to the tenets of Catholicism. At least, the ones I grew up with and adhere to now. Therefore the Church and its supporters should welcome LGBTQ people and offer them a spiritual home just like everyone else. Because there’s no sin here. That talking point should be abolished once and for all. Instead you’ll find a blessed community ready to both teach and learn.