Equality is Going to Cost You Something 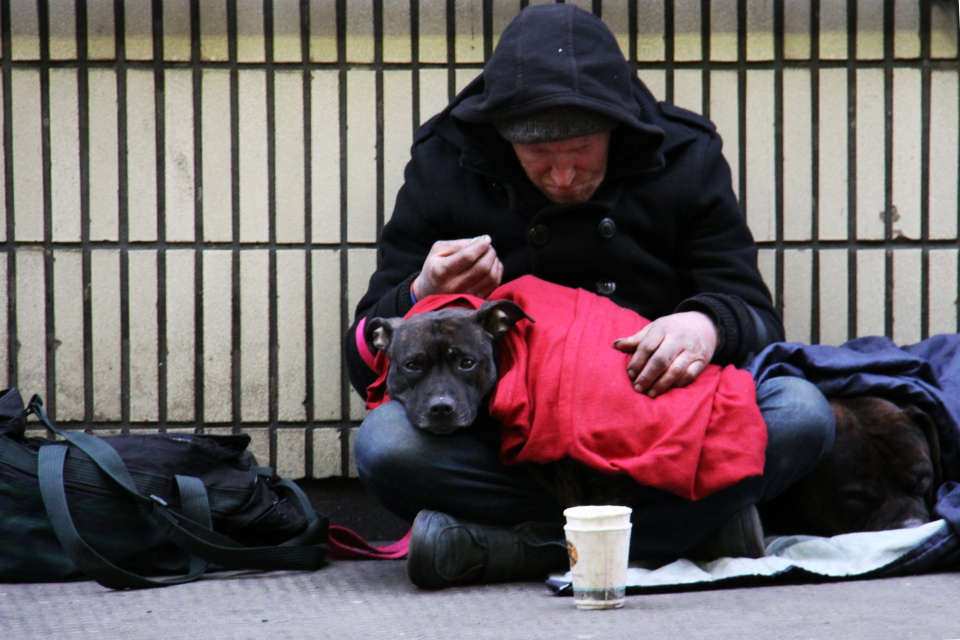 Hear this, you who trample upon the needy, and bring the poor of the land to an end, saying, "When will the new moon be over, that we may sell grain? And the sabbath, that we may offer wheat for sale, that we may make the ephah small and the shekel great, and deal deceitfully with false balances, that we may buy the poor for silver and the needy for a pair of sandals, and sell the refuse of the wheat?" The LORD has sworn by the pride of Jacob: "Surely I will never forget any of their deeds.

Hear this, you who trample upon the needy, and bring the poor of the land to an end, saying, "When will the new moon be over, that we may sell grain? And the sabbath, that we may offer wheat for sale, that we may make the ephah small and the shekel great, and deal deceitfully with false balances, that we may buy the poor for silver and the needy for a pair of sandals, and sell the refuse of the wheat?" The LORD has sworn by the pride of Jacob: "Surely I will never forget any of their deeds.

He also said to the disciples, "There was a rich man who had a steward, and charges were brought to him that this man was wasting his goods. And he called him and said to him, 'What is this that I hear about you? Turn in the account of your stewardship, for you can no longer be steward.' And the steward said to himself, 'What shall I do, since my master is taking the stewardship away from me? I am not strong enough to dig, and I am ashamed to beg. I have decided what to do, so that people may receive me into their houses when I am put out of the stewardship.' So, summoning his master's debtors one by one, he said to the first, 'How much do you owe my master?' He said, 'A hundred measures of oil.' And he said to him, 'Take your bill, and sit down quickly and write fifty.' Then he said to another, 'And how much do you owe?' He said, 'A hundred measures of wheat.' He said to him, 'Take your bill, and write eighty.' The master commended the dishonest steward for his shrewdness; for the sons of this world are more shrewd in dealing with their own generation than the sons of light. And I tell you, make friends for yourselves by means of unrighteous mammon, so that when it fails they may receive you into the eternal habitations. "He who is faithful in a very little is faithful also in much; and he who is dishonest in a very little is dishonest also in much. If then you have not been faithful in the unrighteous mammon, who will entrust to you the true riches? And if you have not been faithful in that which is another's, who will give you that which is your own? No servant can serve two masters; for either he will hate the one and love the other, or he will be devoted to the one and despise the other. You cannot serve God and mammon."

Language can be so imprecise. If I were to ask a friend to borrow a blue scarf, she might lend me one the colour of a cornflower or a shade of the ocean. If you give a stranger directions to a shop that is “just down the road”, he may not know whether to expect to keep walking for five minutes, or ten, or twenty. Jesus often speaks in parables for this reason – sometimes, by using a lot of words to encircle the idea of something, you can understand it better than if you approached it outright.

Today’s readings seemed vague to me, ephemeral, because of these terms “rich” and “poor”. Though our Lord Jesus Christ was rich, he became poor, so that by his poverty you might become rich. What do these words mean in this context? Rich does not necessarily or exclusively mean wealthy, it means powerful, and poor connotes not only material lack but also vulnerability. Though our Lord Jesus Christ was powerful, he became vulnerable, so that by his vulnerability you might become powerful. Jesus walked this world not as a god, but as a person. He lived a life of radical solidarity with everyday people, people who had very little, people who were excluded and marginalized by bigoted social norms and brutal state rule. He didn’t do this alone – he was supported by his mother, traveled alongside his friends, and cared for by the communities where he ministered. Through being vulnerable and accepting God’s gifts delivered through others around him, Jesus showed us how amazing we can be, when we work together and with God.

God wants not only for those with means to give to the poor, for the mighty to assist the vulnerable. God’s desire for humankind is to end all divisions – for the lowly from the dust to be seated beside the princes of God’s own people, for us all to be united and equal. This takes more than just alms and charity work, this calls for an end to poverty and an end to all binary models of power. The first reading cartoonishly parodies those who follow religious rules but not their substance – those who are impatient for periods of rest to end so they may satiate their greed, and are not afraid to use dishonesty to add to their wealth. Today’s equivalent might be those among us who would place a dollar in the cup of a homeless man, but protest the building of low-income housing in our neighbourhood. Caring for the poor and vulnerable is about more than adhering to a rule, it’s about enacting difficult social changes to end marginalization. It’s about reimagining a healthcare system that affirms transgender lives, it’s about investing in recovery and rehabilitation instead of institutionalization and incarceration, it’s about making media that’s not just those same three straight white able-bodied love stories over and over again, it’s about making a social culture where sexual assault is unthinkable instead of commonplace.

Serving God and building God’s kingdom comes directly in conflict with worldly pragmatism. You cannot serve both God and mammon. It’s easier to get ahead as an individual or an exclusive group than to do the slow work of being in solidarity with your community and humankind. It’s simpler to accept that your employer gives you a higher salary than unionize with your colleagues so all can be paid fairly. It’s politically “logical” for wealthy gays and lesbians to disengage from LGBT activism post-marriage equality, although the struggles of queer and trans people affected by housing and employment discrimination remain. For some among us, equality is going to cost something – comfort, power, privilege. God invites us to fix our hearts on more than the small goals of the self. God invites us to be vulnerable and powerful at the same time. We have incredible challenges before us in this broken world – but if we are to overcome them, I am certain that we will only do it as all of us, together, as God’s people.

Grab on tightly to me now, and don’t let go. Language can be so imprecise. Put another way what I’m trying to say is, I love you