God of the Living 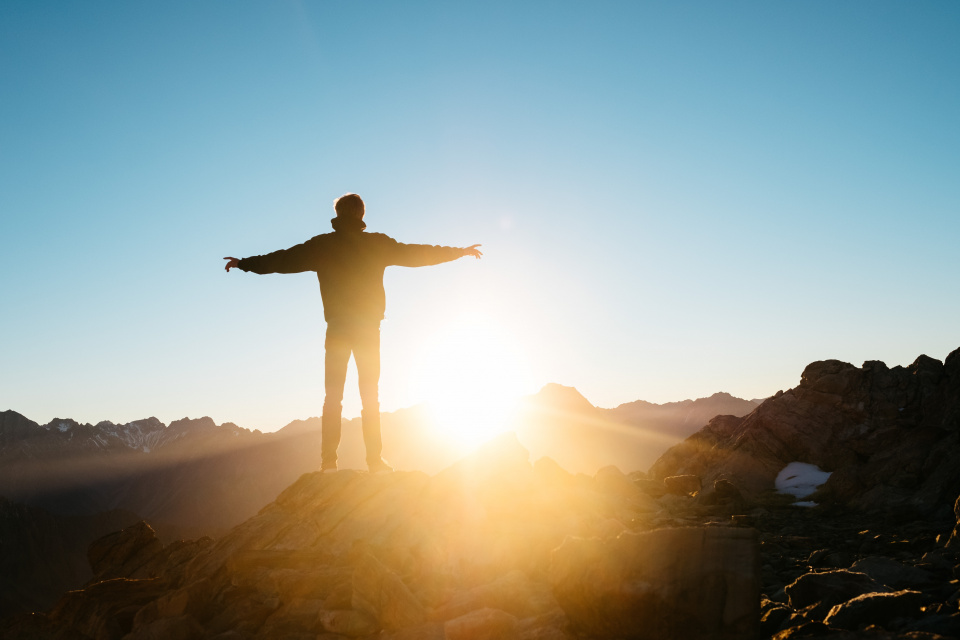 It happened also that seven brothers and their mother were arrested and were being compelled by the king, under torture with whips and cords, to partake of unlawful swine's flesh. One of them, acting as their spokesman, said, "What do you intend to ask and learn from us? For we are ready to die rather than transgress the laws of our fathers." And when he was at his last breath, he said, "You accursed wretch, you dismiss us from this present life, but the King of the universe will raise us up to an everlasting renewal of life, because we have died for his laws." After him, the third was the victim of their sport. When it was demanded, he quickly put out his tongue and courageously stretched forth his hands, and said nobly, "I got these from Heaven, and because of his laws I disdain them, and from him I hope to get them back again." As a result the king himself and those with him were astonished at the young man's spirit, for he regarded his sufferings as nothing. When he too had died, they maltreated and tortured the fourth in the same way. And when he was near death, he said, "One cannot but choose to die at the hands of men and to cherish the hope that God gives of being raised again by him. But for you there will be no resurrection to life!"

Now may our Lord Jesus Christ himself, and God our Father, who loved us and gave us eternal comfort and good hope through grace, comfort your hearts and establish them in every good work and word. Finally, brethren, pray for us, that the word of the Lord may speed on and triumph, as it did among you, and that we may be delivered from wicked and evil men; for not all have faith. But the Lord is faithful; he will strengthen you and guard you from evil. And we have confidence in the Lord about you, that you are doing and will do the things which we command. May the Lord direct your hearts to the love of God and to the steadfastness of Christ.

There came to him some Sadducees, those who say that there is no resurrection, and they asked him a question, saying, "Teacher, Moses wrote for us that if a man's brother dies, having a wife but no children, the man must take the wife and raise up children for his brother. Now there were seven brothers; the first took a wife, and died without children; and the second and the third took her, and likewise all seven left no children and died. Afterward the woman also died. In the resurrection, therefore, whose wife will the woman be? For the seven had her as wife." And Jesus said to them, "The sons of this age marry and are given in marriage; but those who are accounted worthy to attain to that age and to the resurrection from the dead neither marry nor are given in marriage, for they cannot die any more, because they are equal to angels and are sons of God, being sons of the resurrection. But that the dead are raised, even Moses showed, in the passage about the bush, where he calls the Lord the God of Abraham and the God of Isaac and the God of Jacob. Now he is not God of the dead, but of the living; for all live to him."

Judaism in the 1st century was very diverse. There were many groups with different ideas about their own faith. All shared some basic points, such as the belief in one God and the authority of the Law of Moses - the first five books of Scripture. However, they differed in the way they interpreted that Law, and in the value they gave to the other books of our Old Testament, such as the prophets or the psalms. The same basis of faith, but different concretions and interpretations.

Sadducees were the most conservative in Judaism at the time of Jesus. But only in their ideas, not in their conduct. They had as revealed by God only the first five books of the Bible, which they attributed to Moses. The prophets, the apocalyptic writings, everything concerning therefore to the Kingdom of God, the demands of change in history, the afterlife… they thought they were liberationist ideas. For them there was no other life, the only life that existed was the present, and in it they were privileged. Perhaps for that reason, they thought that one should not expect another life.

To that way of thinking belonged to the main priestly families, the elders, that is, the heads of aristocratic families, and had their own scribes who, although not the most prestigious, they helped them to give a theological base their aspirations for a good life. The wealth and power they had was proof that they were God’s favorite. They didn’t need to wait for another life. They maintained a comfortable position: on the one hand, the appearance of piety; on the other, a lifestyle according to the pagan customs of the Romans, their friends, from whom they received privileges and concessions that increased their fortunes.

The Pharisees were the opposite, both in their hopes and in their austere lifestyle and adherence to the law of purity. One of their most firmly rooted convictions was faith in the resurrection, which the Sadducees openly rejected for the reasons set forth above. But many envisioned the resurrection as the mere continuation of earthly life, only forever, without death.

At this point, Jesus was already in the home stretch of his public life. The last service he was doing to the Cause of the Kingdom was to unmask the twisted intentions of the religious groups of his time. He had declared the Sanhedrin incompetent to decide whether or not they had authority to do what they were doing. He had called the Pharisees and the Herodians hypocrites, at the same time that he declared that the Roman empire should leave the place of king to God. Now he faced the Sadducees and made clear to all their incompetence in what they considered their specialty, the law of Moses.

The great common denominator of these groups was that they gave more importance to the law than to mercy and love. Thus, a group of Sadducees approached Jesus and presented him with a theoretical case using a kind of parable. It was the normal form of discussion between schools and study groups. They resort to the so-called "Levirate Law", which demanded that the brothers of a deceased man marry the widow for various reasons. First, so that the land that belonged to that deceased brother, did not leave their family if the widow married another man. It was also important that the name of the deceased would not be lost, and for this reason he needed offspring. And besides, it was a way of protecting widows, who in a patriarchal society could be left alone and helpless. Her late husband’s clan had an obligation to give her room in their own family.

It is striking that this is a vision and a tradition in marriage, and a treatment of women as objects of belonging, that were not explicitly abolished or lead to their fullness by Jesus, but still they are not accepted or followed by the Church today either. And this change was not the end of the Church, nor did the message of Jesus cease to be meaningful because this biblical tradition of marriage and the treatment of women is not followed to the letter these days.

First of all, Jesus rejects the puerile idea of the Sadducees who imagine the life of the resurrected as an extension of the life we now know. It is a mistake to represent the resurrected life by God from our current experiences.

There is a radical difference between our earthly life and that full life, sustained directly by the love of God after death. That Life is absolutely "new". Therefore, we can put our hope in it, but never be able to truly describe or explain it.

But what is the afterlife?  We Christians do not give an answer by saying: “we know.” We give a humbler answer: “we hope.” We firmly believe in God, that just as He created us with our material body, He can re-create us back into His image and likeness; we believe that love is stronger than death, that we are not mere masses of carbon, hydrogen, oxygen and nitrogen which, upon death, melt into nothing. We believe in the proclamation of Jesus; in God who has promised to be with him forever; we hope that our life now has a full, eternal meaning that will only be fully visible in the future.

Our existence as LGBT+ Catholics is also a mystery, one that our personal and ecclesial history will gradually unveil until the end of our lives. But we know on Whom we have put our hope. This is the great single truth that moves me in my personal life of faith. We are part of a mystery in the eternal and perfect plan of God. We are called to be part of the Church as prophets of mercy and of the life to come.

Today we don’t “know everything”, but we “expect everything”, because we know we have put our hope in a God of the living. This is precisely what Jesus seeks by appealing, in all simplicity, to a fact accepted by the Sadducees: God is called in the biblical tradition "God of Abraham, Isaac, and Jacob". Even though these patriarchs have died, God remains as their God, their protector, their friend. Death could not destroy God’s love and fidelity to them.

Jesus draws his own conclusion by making a decisive statement for our faith: “God is not a God of the dead, but of the living; for to him all are alive”. God is an inexhaustible source of life, love and mercy. Death does not leave God without his beloved sons and daughters. When we mourn them because we have lost them on this earth, God contemplates them full of life because He has accepted them in His love as Father. This is important to bear in mind especially now that we have passed the feast of all the saints and all the departed.

PS: It is worth mentioning here that while preparing this reflection and reading the text in Spanish, in 20:34, mentions the fact that men and women are to be married. It struck me, but when I went to the original Greek I found that in the original text it does not say men and women: "The people of this age marry and are given in marriage". Lesson: check the version and translation of the Bible you use before putting a phrase in the mouth of Jesus.