The Greatest Coming-Out-Story Ever Told 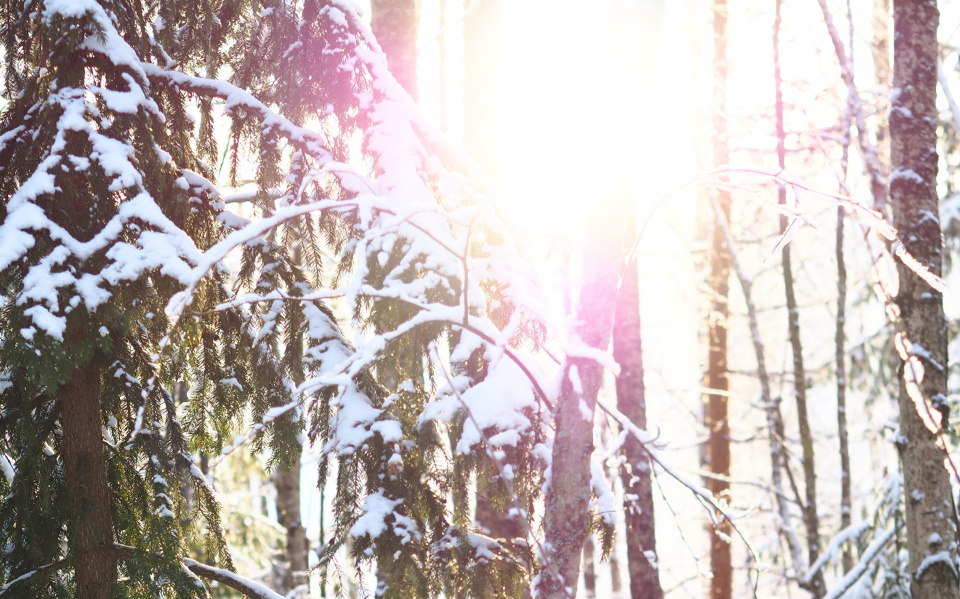 How beautiful upon the mountains are the feet of him who brings good tidings, who publishes peace, who brings good tidings of good, who publishes salvation, who says to Zion, "Your God reigns." Hark, your watchmen lift up their voice, together they sing for joy; for eye to eye they see the return of the LORD to Zion. Break forth together into singing, you waste places of Jerusalem; for the LORD has comforted his people, he has redeemed Jerusalem. The LORD has bared his holy arm before the eyes of all the nations; and all the ends of the earth shall see the salvation of our God.

In many and various ways God spoke of old to our fathers by the prophets; but in these last days he has spoken to us by a Son, whom he appointed the heir of all things, through whom also he created the world. He reflects the glory of God and bears the very stamp of his nature, upholding the universe by his word of power. When he had made purification for sins, he sat down at the right hand of the Majesty on high, having become as much superior to angels as the name he has obtained is more excellent than theirs. For to what angel did God ever say, "Thou art my Son, today I have begotten thee"? Or again, "I will be to him a father, and he shall be to me a son"? And again, when he brings the first-born into the world, he says, "Let all God's angels worship him."

In the beginning was the Word, and the Word was with God, and the Word was God. He was in the beginning with God; all things were made through him, and without him was not anything made that was made. In him was life, and the life was the light of men. The light shines in the darkness, and the darkness has not overcome it. There was a man sent from God, whose name was John. He came for testimony, to bear witness to the light, that all might believe through him. He was not the light, but came to bear witness to the light. The true light that enlightens every man was coming into the world. He was in the world, and the world was made through him, yet the world knew him not. He came to his own home, and his own people received him not. But to all who received him, who believed in his name, he gave power to become children of God; who were born, not of blood nor of the will of the flesh nor of the will of man, but of God. And the Word became flesh and dwelt among us, full of grace and truth; we have beheld his glory, glory as of the only Son from the Father. (John bore witness to him, and cried, "This was he of whom I said, 'He who comes after me ranks before me, for he was before me.'") And from his fulness have we all received, grace upon grace. For the law was given through Moses; grace and truth came through Jesus Christ. No one has ever seen God; the only Son, who is in the bosom of the Father, he has made him known.

Between that joyful and triumphant announcement of salvation in today’s reading from Isaiah and the glory of the word made flesh in the prologue of John’s Gospel, Paul’s letter to the Hebrews proclaims that the Son is “the refulgence” of the Father’s glory. Refulgence is a funny word in any language, rolling off the tongue like playful shade rather than the quintessence of Christmas. “Refulgence” approximately translates the Greek word apaúgasma into English. This unique word—which is more fun to say aloud than “refulgence”— appears only once in the entire New Testament. Most English-language Bibles translate apaúgasma as “brightness.” Such a word choice dims this passage’s meaning, obscuring its centrality within our Christmas Day liturgy. The Roman Lectionary preserves the passage’s radiance with “refulgence” to distinguish apaúgasma as the special light—the divine luminescence of heaven opening on to earth—that we celebrate on Christmas morning.

Although a child can comprehend that light is a unifying theme for the Christmas Day readings, together they present the most theologically significant argument about the Son’s identity anywhere in scripture—especially the prologue to John’s Gospel.  Alas, I am not a theologian! Rather, I invite you to meditate on how today’s readings reflect your inextinguishable refulgence.

John’s Gospel reminds us that our irrepressible refulgence is ever renewed through the “life was the light of the human race.” To borrow the words of that renowned scholar of Christmas, that gift “came without ribbons. It came without tags. It came without packages, boxes or bags.” It came without labels. It came without preconditions. It came to the least of these, to “those who did accept him he gave power to become children of God.” We fulfill that scripture when we accept our queer identities as a perfect reflection of our Creator’s refulgence. Our divine capacity to love authentically, unselfishly, and unconditionally affirms that “the Word became flesh and made his dwelling among us.” How good is that?

Ten Christmases ago, I revealed my queer identity to my parents. Like many other LGBT+ people in the United States, I ended up coming-out at Christmas because holiday homecomings afford rare opportunities for those important conversations that need to happen face-to-face. The fourteen-hour drive down I-95 to my parents’ house certainly gave me ample time to contemplate what I was going to say, how I would say it, and what I would do if the news evoked a negative response. Would they accept that I come “announcing peace, bearing good news?” I told my mother first. She smiled and replied, “I’ve known since you were three.” My mother’s affirmation fortified by festive fruits of the vine prepared me broach the subject with my father. Bathed in the LED glow of the Christmas tree, I announced who I was. Embraces, loving words, mirth, and more wine followed. My head cannot remember my father’s precise words, but my heart instantly recalled their refulgence reflected back in me in Paul’s Letter to the Hebrews, “for to which of the angels did God ever say: You are my son; this day I have begotten you…I will be a father to him, and he shall be a son to me.” A father’s loving words, full of grace and truth, embody the essence of Christmas.

To my LGBT+ siblings suffering in the shadows this Christmas, remember “the light shines in the darkness, and the darkness has not overcome it.” After the longest winter night, your refulgence still permeates the abyss of rejection, the bleakness of a hostile parish, and the desolation of persecution. You have already fulfilled that Gospel with a Companion who also “came to what was his own, but his own people did not accept him.” Your compassion through your pain testifies to your sanctity. You are beloved by your Blessed Mother. You are cherished by your Creator, “from his fullness we have all received, grace in place of grace.” Awake today, affirmed in your apaúgasma.

Today’s readings narrate the greatest coming-out-story ever told. They reveal the Pride parade within the Christmas pageant.  Seen through the light of love, we recognize them as one-in-the-same in all their resplendent hues. Your halo is a stained-glass rainbow and you dwell within its refulgent majesty.

On the one-year anniversary Vine & Fig’s founding, let us celebrate the gift of a spiritual community illuminated by our incandescent apaúgasma. Together on pilgrimage, we light the road between the dawn and the dark of night.