There's So Much More 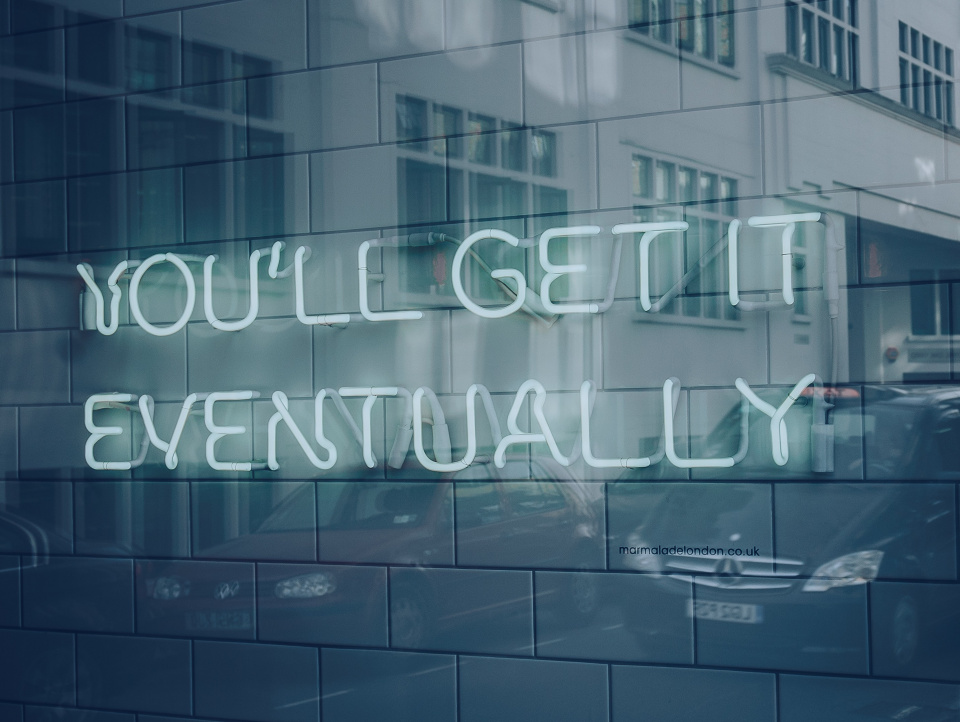 "For behold, the day comes, burning like an oven, when all the arrogant and all evildoers will be stubble; the day that comes shall burn them up, says the LORD of hosts, so that it will leave them neither root nor branch. But for you who fear my name the sun of righteousness shall rise, with healing in its wings. You shall go forth leaping like calves from the stall.

For you yourselves know how you ought to imitate us; we were not idle when we were with you, we did not eat any one's bread without paying, but with toil and labor we worked night and day, that we might not burden any of you. It was not because we have not that right, but to give you in our conduct an example to imitate. For even when we were with you, we gave you this command: If any one will not work, let him not eat. For we hear that some of you are living in idleness, mere busybodies, not doing any work. Now such persons we command and exhort in the Lord Jesus Christ to do their work in quietness and to earn their own living.

And as some spoke of the temple, how it was adorned with noble stones and offerings, he said, "As for these things which you see, the days will come when there shall not be left here one stone upon another that will not be thrown down." And they asked him, "Teacher, when will this be, and what will be the sign when this is about to take place?" And he said, "Take heed that you are not led astray; for many will come in my name, saying, 'I am he!' and, 'The time is at hand!' Do not go after them. And when you hear of wars and tumults, do not be terrified; for this must first take place, but the end will not be at once." Then he said to them, "Nation will rise against nation, and kingdom against kingdom; there will be great earthquakes, and in various places famines and pestilences; and there will be terrors and great signs from heaven. But before all this they will lay their hands on you and persecute you, delivering you up to the synagogues and prisons, and you will be brought before kings and governors for my name's sake. This will be a time for you to bear testimony. Settle it therefore in your minds, not to meditate beforehand how to answer; for I will give you a mouth and wisdom, which none of your adversaries will be able to withstand or contradict. You will be delivered up even by parents and brothers and kinsmen and friends, and some of you they will put to death; you will be hated by all for my name's sake. But not a hair of your head will perish. By your endurance you will gain your lives.

I held the rosary beads in my hands. The cheap, glow-in-the-dark plastic and old yellowed string dipped between knuckles and rolled against my fingers. It was nothing fancy. I was 17, but I’d had those beads since my second grade CCD class, preparing for my first communion. They were a frequent, comforting tool when I was struggling. I tried to open my mouth to say the first Hail Mary. Nothing came out.

Just say it. This always used to help. Just say the prayer.

I mouthed the words, praying in my head. For the first time in my life when praying a rosary, I felt nothing.

I had just been outed to my parents earlier that week. They had found out that I was gay, that I was dating a girl. They didn’t take it well. They used the one thing that had always been a comfort to me, my faith, and turned it against me, telling me I was disordered. That I was broken.

I put the beads back on my bedside table. I didn’t reach for them again for a long time.

I’m what you might call a “cradle Catholic.” I was raised on children’s bibles, VeggieTales, and Adventures in Odyssey. I joined the church choir at age 7 and I was probably one of the few kids in my youth group who was there by choice. My school friends were equally religious - they were born-again evangelical Christians who introduced me to the Newsboys and Toby Mac, up-beat Christian Rock bands. I was a passionate, young kid, on fire for Jesus and I needed an enthusiastic community.

The problem was, after being outed and losing my community, none of those things seemed to help me any more. I felt too broken and lost. The simple distilled message of God’s love felt more like a brash floodlight in the middle of the night than the gentle comfort I needed. The peppy, optimist Jesus I grew up knowing wasn’t possibly someone who could understand the turmoil I was enduring.

I was hated by some of my former friends, and all of that homophobia was justified using Jesus’ name. My own parents had turned against me, just because of who I loved.

Does this story sound familiar yet?

“You will even be handed over by parents, brothers, relatives, and friends, and they will put some of you to death. You will be hated by all because of my name...”

If my body was a temple to the Lord, it felt like it was crumbling. The anxiety, the nausea, the lack of sleep due to nightmares, the visceral reaction I had to the stress of living in a hostile home, attending an unaffirming church, and being sent to conversion therapy felt like it was tearing my body apart. Like I was at war with myself. It felt like there was nothing left.

That night as a teenager, I put down the rosary beads and I picked up a phone.

I clicked on the contact for my girlfriend and I tapped out a text.

Almost immediately, it buzzed and lit up with her response.

Me: “I feel like I’ve failed in my faith somehow. Like I used to be able to rely on God and He’d make everything okay if I just believed hard enough. But nothing feels okay and I’m just having trouble… believing I guess. I just don’t understand why He would do this to me. Why would He do this to me???”

There was a long pause before her next response came in.

Her: “I don’t know, love. I don’t think necessarily that All Bad Things Happen For a Reason. I don’t think that God plans things like this, or that if we just trust God enough, things will all work out. Bad things aren’t some necessity in the world that makes good things possible. Those bad things are awful and you shouldn’t have to deal with them. But if you fight through them, your reward is all of the other parts of life. It sucks and is so hard and terrifying because there will always be bad things. But the bad things are not the end. They’ll never be everything, you know?”

Her: “You’ve still got me. There’s still us. This isn't the end. We’re going to take this one day at a time.”

And golly was she right. There has been so much more in the years to come since then. There were dates and anniversaries and birthdays. There were celebrations and joys, comfort in sorrows. There were inside jokes, late night sleepy phone calls, board game nights, and cooking sessions. There were discoveries of gender and transitions. There were even, eventually, family outings, something I’d never imagined would happen. There was so much more than the pain I was feeling.

I think in today’s Gospel, that’s what Jesus is trying to remind us. I think he’s trying to say, “Hey. Life isn’t perfect. There’s a lot of bad crap that happens, and there’s nothing you can do about that sometimes. But even if it feels like the end of the world, there’s so much more. I have so much more planned for you.” That’s what I hear in his conversation with the disciples today.

Personally, I think it’s refreshing. It’s a reminder that he wasn’t the one-dimensional love machine we sometimes are trained to think he was. He recognized the brokenness in our world. He sees our pain and acknowledges it. He doesn’t dismiss it with empty platitudes. But he does gently encourage us that there’s more.

“When you hear of wars and insurrections, do not be terrified; for such things must happen first, but it will not immediately be the end."

Whatever you’re going through right now, just know it will not immediately be the end. There is so much more in store for you. None of it is perfect. But mixed in with the bad are moments of love, self-discovery, and joy. This messy life has so much to offer you. Just hold on. There’s so much more than this.

This isn’t the end.