Of Labor and Fruit 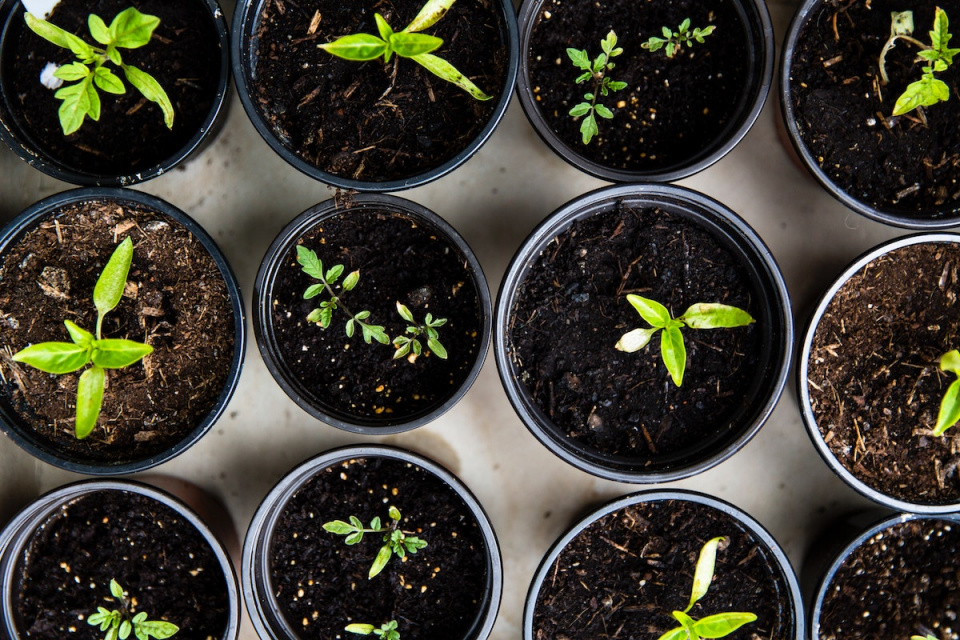 "For as the rain and the snow come down from heaven, and return not thither but water the earth, making it bring forth and sprout, giving seed to the sower and bread to the eater, so shall my word be that goes forth from my mouth; it shall not return to me empty, but it shall accomplish that which I purpose, and prosper in the thing for which I sent it.

I consider that the sufferings of this present time are not worth comparing with the glory that is to be revealed to us. For the creation waits with eager longing for the revealing of the sons of God; for the creation was subjected to futility, not of its own will but by the will of him who subjected it in hope; because the creation itself will be set free from its bondage to decay and obtain the glorious liberty of the children of God. We know that the whole creation has been groaning in travail together until now; and not only the creation, but we ourselves, who have the first fruits of the Spirit, groan inwardly as we wait for adoption as sons, the redemption of our bodies.

That same day Jesus went out of the house and sat beside the sea. And great crowds gathered about him, so that he got into a boat and sat there; and the whole crowd stood on the beach. And he told them many things in parables, saying: "A sower went out to sow. And as he sowed, some seeds fell along the path, and the birds came and devoured them. Other seeds fell on rocky ground, where they had not much soil, and immediately they sprang up, since they had no depth of soil, but when the sun rose they were scorched; and since they had no root they withered away. Other seeds fell upon thorns, and the thorns grew up and choked them. Other seeds fell on good soil and brought forth grain, some a hundredfold, some sixty, some thirty. He who has ears, let him hear." Then the disciples came and said to him, "Why do you speak to them in parables?" And he answered them, "To you it has been given to know the secrets of the kingdom of heaven, but to them it has not been given. For to him who has will more be given, and he will have abundance; but from him who has not, even what he has will be taken away. This is why I speak to them in parables, because seeing they do not see, and hearing they do not hear, nor do they understand. With them indeed is fulfilled the prophecy of Isaiah which says: `You shall indeed hear but never understand, and you shall indeed see but never perceive. For this people's heart has grown dull, and their ears are heavy of hearing, and their eyes they have closed, lest they should perceive with their eyes, and hear with their ears, and understand with their heart, and turn for me to heal them.' But blessed are your eyes, for they see, and your ears, for they hear. Truly, I say to you, many prophets and righteous men longed to see what you see, and did not see it, and to hear what you hear, and did not hear it. "Hear then the parable of the sower. When any one hears the word of the kingdom and does not understand it, the evil one comes and snatches away what is sown in his heart; this is what was sown along the path. As for what was sown on rocky ground, this is he who hears the word and immediately receives it with joy; yet he has no root in himself, but endures for a while, and when tribulation or persecution arises on account of the word, immediately he falls away. As for what was sown among thorns, this is he who hears the word, but the cares of the world and the delight in riches choke the word, and it proves unfruitful. As for what was sown on good soil, this is he who hears the word and understands it; he indeed bears fruit, and yields, in one case a hundredfold, in another sixty, and in another thirty."

In the first reading for this Sunday, God speaks a message of hope to God’s people. The people hearing this message are in exile from everything they have known. While I would imagine they are wondering how God can actually be faithful in light of what they are going through, God says that God’s word and will are not empty or fruitless. And a little earlier on, in verse 8 of Isaiah 55, God says, “My thoughts are not your thoughts, my ways are not your ways.” The Responsorial Psalm speaks of planting and harvesting, and the second reading from Romans talks about Creation “groaning in labor pains” as we wait for God’s glory to come.

The threads woven through today’s readings are about working, waiting, trusting when we don’t know. This message is not one I want to hear right now. In America, many of us are literally screaming for justice that is centuries overdue - righteousness that has been absent from the very foundations of the United States. Some of us are realizing we’ve been sleeping on the existence of institutionalized racism that is rotting the core of our country. Others of us are watching friends and family and neighbors finally waking up to the lived realities of oppression we have faced. Right now it doesn’t seem like there is time to wait around. People are literally dying every day - from physical illnesses, from the destructive forces of white supremacist culture, from the diseases of hate and exclusion.

Then comes the Gospel - a story about someone who goes out to plant seeds. Again, there is a message of time and waiting and frustrated hopes. The sower throws seed on four different types of earth and only the seed on the rich soil produces fruit. I’ve always assumed in hearing this parable that three-fourths of the seed goes to waste and one-fourth yields a great reward. I’ve always thought that this is a message of counting our losses and, echoing the first reading, trusting that God has a plan beyond our understanding. That could be the case, indeed, but this time around reading these scriptures about sowing and waiting, I considered another perspective (influenced by my reading of ​Emergent Strategy -​ shout out to adrienne maree brown).

What if this parable is not about waste or disappointment but about the importance of the fruit that grows only with time and the long, worthwhile work that is needed to heal us? Many people are referring to this moment in America as a tipping point in the movement for racial justice here in our country. But this moment is part of a centuries-long movement that has grown and evolved throughout the decades. Today’s protests and difficult conversations and pushes for meaningful change are preceded by the actions and cries of our ancestors. We would not be here without the work of Harriet Tubman and Rosa Parks and Marsha P. Johnson and Angela Davis and so many other fore-mothers (and other fore-fathers and fore-parents). They sowed seeds relentlessly, courageously, passionately. They did not all live to see the fruit that their labors have borne. My prayer is that we can have that same perseverance and boldness - to plant seeds even when we are unsure of the outcome. To keep doing the work now, even if we will not get to see the fruit. And yes, even though I/we struggle with it, to trust that God’s word is alive and moving in all of it too, even when we cannot see or understand.