Lives Bigger than Those We Would Choose for Ourselves 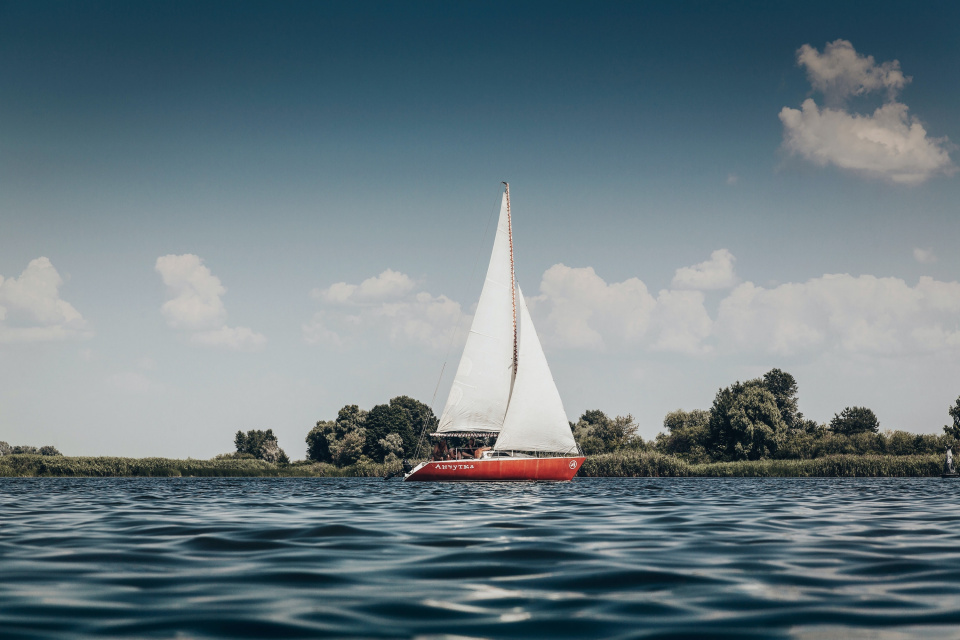 Brothers and sisters: I speak the truth in Christ, I do not lie; my conscience joins with the Holy Spirit in bearing me witness that I have great sorrow and constant anguish in my heart. For I could wish that I myself were accursed and cut off from Christ for the sake of my own people, my kindred according to the flesh. They are Israelites; theirs the adoption, the glory, the covenants, the giving of the law, the worship, and the promises; theirs the patriarchs, and from them, according to the flesh, is the Christ, who is over all, God blessed forever. Amen.

After he had fed the people, Jesus made the disciples get into a boat and precede him to the other side, while he dismissed the crowds. After doing so, he went up on the mountain by himself to pray. When it was evening he was there alone. Meanwhile the boat, already a few miles offshore, was being tossed about by the waves, for the wind was against it. During the fourth watch of the night, he came toward them walking on the sea. When the disciples saw him walking on the sea they were terrified. “It is a ghost,” they said, and they cried out in fear. At once Jesus spoke to them, “Take courage, it is I; do not be afraid.” Peter said to him in reply, “Lord, if it is you, command me to come to you on the water.” He said, “Come.” Peter got out of the boat and began to walk on the water toward Jesus. But when he saw how strong the wind was he became frightened; and, beginning to sink, he cried out, “Lord, save me!” Immediately Jesus stretched out his hand and caught Peter, and said to him, “O you of little faith, why did you doubt?” After they got into the boat, the wind died down. Those who were in the boat did him homage, saying, “Truly, you are the Son of God.”

“O you of little faith, why did you doubt?”

That’s what this story is about, right?

The walking, the sinking, the rebuking—this is one of those Gospels where we can hear the homily before the priest even opens his mouth: We should trust in the Lord to save us from the storm. We should have faith.

Except Peter does trust in the Lord. He does have faith. Not only does he step out onto the water, he cries out to Jesus to save him when he starts to sink. Peter trusts that the Lord won’t let him drown.

Jesus’s disappointment isn’t that Peter doubted the Lord would save him. It’s that Peter thought he needed to be saved from this situation at all.

When Jesus arrives at the boat that night, he has to begin with that most common of Biblical commands: Do not be afraid.

Peter says something interesting in response. “If it is you, Lord, command me to come to you.” When an opportunity, something unexpected and scary and strange, appears in Peter’s life, his response is: Lord, if this is you, call me. Let this work out. Let me know.

That is faithful discernment in action.

What Peter doubts, in the end, is the Lord’s response.

How many times have we doubted—not that the Lord will save us if it all goes wrong, but that actually, nothing is going wrong at all? The Lord is saving us? We’re already where we’re supposed to be?

How many times have we begged to be saved from a situation that the Lord created as a gift to us: a challenge, a mistake, a complicated relationship, a scary transition, a new season in life, power and responsibility, growing pains?

How many of us, when we fell in love or fell into the truth of our gender, cried out, “Lord, save me!” while Jesus looked on, a little bewildered, and said, “Save you from what?”

Peter’s lesson to us this week is that we can trust that God isn’t out to hurt us and still not trust God enough.

Sometimes, our idea of “do not be afraid,” of “have trust in the Lord,” is a sense that God won’t let anything too awful happen to us. We treat God as a talisman guaranteeing us a safe and fundamentally un-scary life.

But God doesn’t do that. He promises us abundant life, lives bigger than those we would choose for ourselves.

Lives out on the water, in the storm, where he has called us.