Should you build me a house to dwell in? 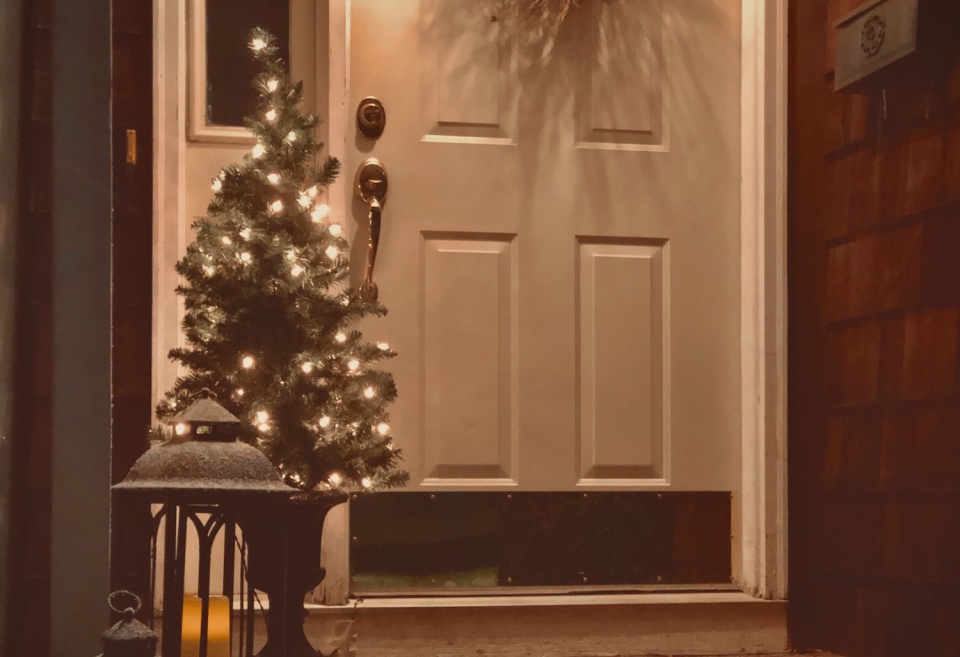 When King David was settled in his palace, and the LORD had given him rest from his enemies on every side, he said to Nathan the prophet, “Here I am living in a house of cedar, while the ark of God dwells in a tent!” Nathan answered the king, “Go, do whatever you have in mind, for the LORD is with you.” But that night the LORD spoke to Nathan and said: “Go, tell my servant David, ‘Thus says the LORD: Should you build me a house to dwell in?’“

"'It was I who took you from the pasture and from the care of the flock to be commander of my people Israel. I have been with you wherever you went, and I have destroyed all your enemies before you. And I will make you famous like the great ones of the earth. I will fix a place for my people Israel; I will plant them so that they may dwell in their place without further disturbance. Neither shall the wicked continue to afflict them as they did of old, since the time I first appointed judges over my people Israel. I will give you rest from all your enemies. The LORD also reveals to you that he will establish a house for you. And when your time comes and you rest with your ancestors, I will raise up your heir after you, sprung from your loins, and I will make his kingdom firm. I will be a father to him, and he shall be a son to me. Your house and your kingdom shall endure forever before me; your throne shall stand firm forever.'”

Brothers and sisters: To him who can strengthen you, according to my gospel and the proclamation of Jesus Christ, according to the revelation of the mystery kept secret for long ages but now manifested through the prophetic writings and, according to the command of the eternal God, made known to all nations to bring about the obedience of faith, to the only wise God, through Jesus Christ be glory forever and ever. Amen.

The angel Gabriel was sent from God to a town of Galilee called Nazareth, to a virgin betrothed to a man named Joseph, of the house of David, and the virgin’s name was Mary. And coming to her, he said, “Hail, full of grace! The Lord is with you.” But she was greatly troubled at what was said and pondered what sort of greeting this might be. Then the angel said to her, “Do not be afraid, Mary, for you have found favor with God.

“Behold, you will conceive in your womb and bear a son, and you shall name him Jesus. He will be great and will be called Son of the Most High, and the Lord God will give him the throne of David his father, and he will rule over the house of Jacob forever, and of his kingdom there will be no end.” But Mary said to the angel, “How can this be, since I have no relations with a man?” And the angel said to her in reply, “The Holy Spirit will come upon you, and the power of the Most High will overshadow you. Therefore the child to be born will be called holy, the Son of God. And behold, Elizabeth, your relative, has also conceived a son in her old age, and this is the sixth month for her who was called barren; for nothing will be impossible for God.” Mary said, “Behold, I am the handmaid of the Lord. May it be done to me according to your word.” Then the angel departed from her.

The darkness falls over the days, and the cold encroaches on my comfort. I seek out the heat I curse in summer and treasure the artificial lights twinkling in the early night. Despite the effect this time of year has on my depression, this somehow remains my favorite time of year. The alignment of darkness in the liturgical and Gregorian calendars calls forth my human experience in such an organic way that it nourishes me without the imposition of guilt (like I feel in Lent) or the burden of positivity (like I feel in Christmas or Easter). This is the one liturgical season that seems to ask nothing of me, but rather only remind me to ask G-d for everything.

This time of year, I find myself asking G-d for many things. I ask for patience, for peace, for healing, for strength. Most of all, for family. I have never particularly felt that I had a home, especially after coming out as gay and transgender.

It surprises me, therefore, to hear the Lord spurn a house in which to dwell, and it speaks volumes about the heart of our G-d.

King David, the scripture tells us, has just won rest from his enemies’ attacks. He is victorious and comfortable with no battle to fight and without want… in other words, he is privileged. And from his privilege, he looks down on the tent and is made uncomfortable by the dissonance between his own place and the Lord’s place. He resolves to build a temple, a palace, for the Lord and Nathan the prophet even agrees!

And yet the Lord says,

“Should you build me a house to dwell in?
It was I who took you from the pasture
and from the care of the flock
to be commander of my people Israel.
I have been with you wherever you went,
and I have destroyed all your enemies before you.”

The Lord has not changed, though David might have. The Lord reminds David that They are still the same Lord who chose the least, the unlikely, the overlooked. The Lord insists on being among Their people. When David thinks to raise the Lord to his own privilege, the Lord reminds him instead to lower himself as the Lord has already done.

Paradoxically, the Lord then promises David a house.

“The LORD also reveals to you
that he will establish a house for you.
And when your time comes and you rest with your ancestors,
I will raise up your heir after you, sprung from your loins,
and I will make his kingdom firm.”

This promise is brought to fulfillment in a manger in Bethlehem, and this house is established in Jesus Christ. In embracing flesh and blood, our Lord establishes a house of the Spirit.

Christ has established a home for us.

I say that without an ounce of sentimentality, because, as our faith tells us, family is covenant. For all of us without a home, Christ has established one. He has promised us that he will never agree to a comfortable palace from which to looks upon us from a distance. He is God-with-us, and he is always with us. He always chooses us.