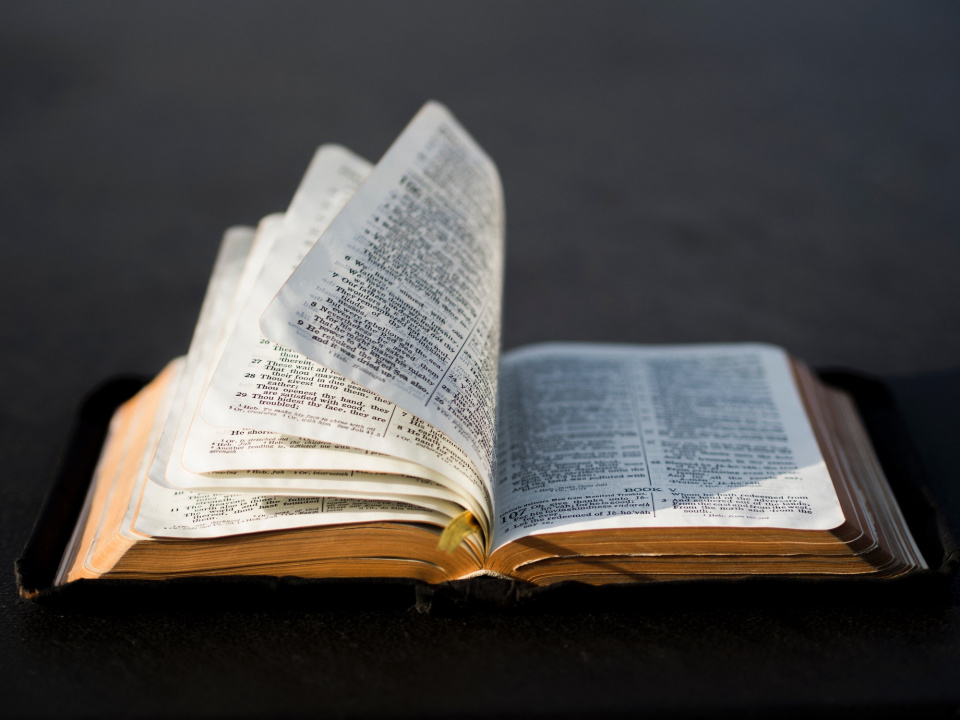 The LORD came down in the cloud and spoke to Moses. Taking some of the spirit that was on Moses, the LORD bestowed it on the seventy elders; and as the spirit came to rest on them, they prophesied.

Now two men, one named Eldad and the other Medad, were not in the gathering but had been left in the camp. They too had been on the list, but had not gone out to the tent; yet the spirit came to rest on them also, and they prophesied in the camp. So, when a young man quickly told Moses, "Eldad and Medad are prophesying in the camp, " Joshua, son of Nun, who from his youth had been Moses’ aide, said, "Moses, my lord, stop them." But Moses answered him, "Are you jealous for my sake? Would that all the people of the LORD were prophets! Would that the LORD might bestow his spirit on them all!"

Come now, you rich, weep and wail over your impending miseries. Your wealth has rotted away, your clothes have become moth-eaten, your gold and silver have corroded, and that corrosion will be a testimony against you; it will devour your flesh like a fire. You have stored up treasure for the last days. Behold, the wages you withheld from the workers who harvested your fields are crying aloud; and the cries of the harvesters have reached the ears of the Lord of hosts. You have lived on earth in luxury and pleasure; you have fattened your hearts for the day of slaughter. You have condemned; you have murdered the righteous one; he offers you no resistance.

At that time, John said to Jesus, "Teacher, we saw someone driving out demons in your name, and we tried to prevent him because he does not follow us." Jesus replied, "Do not prevent him. There is no one who performs a mighty deed in my name who can at the same time speak ill of me. For whoever is not against us is for us. Anyone who gives you a cup of water to drink because you belong to Christ, amen, I say to you, will surely not lose his reward.

When I first came out 20 years ago and began a journey of reconciling my faith, sexuality, and gender, I felt that I had to prove my catholic identity by out-catholicing all those who “critiqued” my lifestyle. Interestingly enough, I didn’t feel compelled to out- queer all the LGBTQ folks, but that is a reflection for another time. Kneeling at mass was not enough, I had to kneel with no cushion or padding beneath my knees. Praying the rosary was not enough, I had to know all the mysteries, their corresponding days, and again kneel throughout the rosary without cushion. Knowing the saint “biggies” was not enough, I had to know all the saints, their feast days, and what they were the patron / patroness of (and if there was a novena in honor of a particular saint, I had to kneel through it all—there was a lot of kneeling!). Practicing my faith was not about exploration and embracing the sacred; it was a competition I had to win in order to prove that I was just as Catholic as the day before I came out.

It was a struggle, because Catholic spaces did not accept me for being queer and queer spaces did not accept me because of continued identity as a Catholic. Where was community? Where could I be me in my wholeness? I was part of an Ignatian retreat ministry who admired my commitment to Ignatian spirituality given that I was a former Jesuit novice but when I came out, I was no longer good enough despite Ignatius’ teaching on serving God with all of who one is. With time, I began to realize that out- catholicing other was not sustainable emotionally, spiritually, and even physically. Though I didn’t realize it at the time, the readings from Numbers and from the Gospel reflected in retrospect the life and soul-saving epiphany: there is not one way of living into and living out our faith as Catholics.

Being Catholic was not and is not dependent upon following and internalizing all the rules, even those that dehumanize me. It was not about being part of the “in group” of “cool catholics” in my parish and in the diocese. It was not and is not about going through the motions without any intentional connection to Catholic teachings and practices. My faith, my vocation, and my identity as a Catholic was and is grounded in honoring tradition while also finding new ways of embodying the spirit within tradition, ritual, and teaching. There was and is much sacramentality in my exploring my relationship with Goddess on my terms rather than the terms dictated and imposed on me by a hierarchy that overlooked and undermined my intersectional fierceness. Eucharist and communion was not limited to Sundays and to Mass—how was I savoring Goddess in the everyday? How was I embracing, exploring, and experiencing sacrament in my everyday life with both sacredness and sassiness? My voice, witness, life, and experience were no less holy, prophetic, or revelatory only because I was not ordained or part of specific “acceptable” and “respectable” groups within Catholic, queer, and queer Catholic circles.

For my own surviving and my own thriving, I had to cut off attachments that were dewholizing my spirit. Perhaps this is not what the writers of John’s gospel had in mind; but for me I would rather be in the kinship of Goddess without a hand, foot, and eye and still be sacredly and sassifully whole. I realized and realize that the cutting off I needed and continue to need is with the hypocrisy within certain parts of the institutional church, cutting off harmful teachings that shatter rather than sanctify, cutting off practices that only accept narrowly defined pieces of me. To be a prophetic voice, to live into Catholicism, to serve Goddess with all of me was no longer about out-catholicing others but an ongoing journey of remembering and re-membering that I was, am, and will be always not just enough, but more than enough!