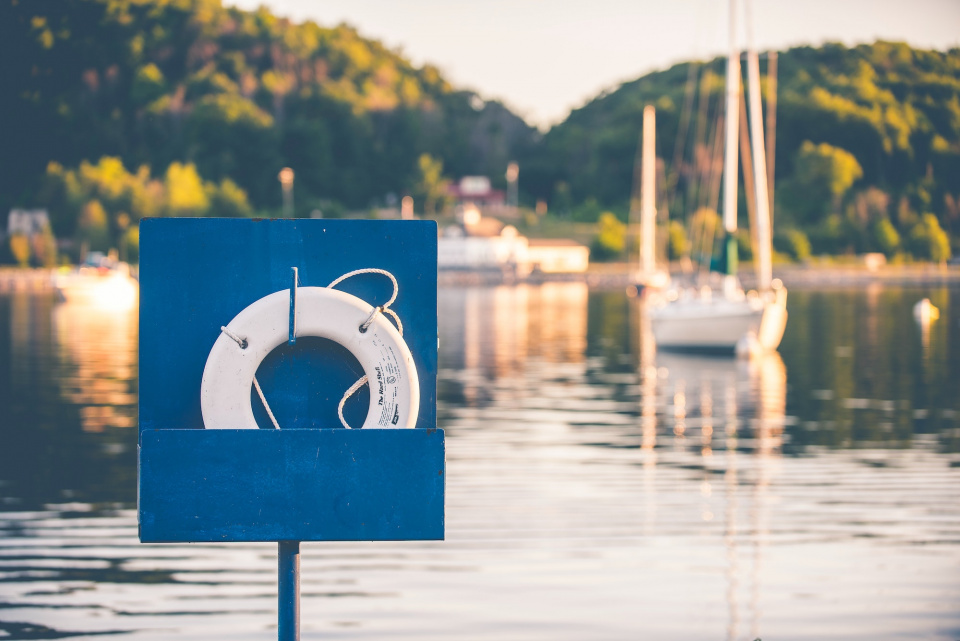 When Moses came to the people and related all the words and ordinances of the LORD, they all answered with one voice, "We will do everything that the LORD has told us." Moses then wrote down all the words of the LORD and, rising early the next day, he erected at the foot of the mountain an altar and twelve pillars for the twelve tribes of Israel. Then, having sent certain young men of the Israelites to offer holocausts and sacrifice young bulls as peace offerings to the LORD, Moses took half of the blood and put it in large bowls; the other half he splashed on the altar. Taking the book of the covenant, he read it aloud to the people, who answered, "All that the LORD has said, we will heed and do." Then he took the blood and sprinkled it on the people, saying, "This is the blood of the covenant that the LORD has made with you in accordance with all these words of his."

Brothers and sisters: When Christ came as high priest of the good things that have come to be, passing through the greater and more perfect tabernacle not made by hands, that is, not belonging to this creation, he entered once for all into the sanctuary, not with the blood of goats and calves but with his own blood, thus obtaining eternal redemption. For if the blood of goats and bulls and the sprinkling of a heifer's ashes can sanctify those who are defiled so that their flesh is cleansed, how much more will the blood of Christ, who through the eternal Spirit offered himself unblemished to God, cleanse our consciences from dead works to worship the living God.

For this reason he is mediator of a new covenant: since a death has taken place for deliverance from transgressions under the first covenant, those who are called may receive the promised eternal inheritance.

On the first day of the Feast of Unleavened Bread, when they sacrificed the Passover lamb, Jesus’ disciples said to him, "Where do you want us to go and prepare for you to eat the Passover?" He sent two of his disciples and said to them, "Go into the city and a man will meet you, carrying a jar of water. Follow him. Wherever he enters, say to the master of the house, 'The Teacher says, "Where is my guest room where I may eat the Passover with my disciples?"' Then he will show you a large upper room furnished and ready. Make the preparations for us there." The disciples then went off, entered the city, and found it just as he had told them; and they prepared the Passover. While they were eating, he took bread, said the blessing, broke it, gave it to them, and said, "Take it; this is my body." Then he took a cup, gave thanks, and gave it to them, and they all drank from it. He said to them, "This is my blood of the covenant, which will be shed for many. Amen, I say to you, I shall not drink again the fruit of the vine until the day when I drink it new in the kingdom of God." Then, after singing a hymn, they went out to the Mount of Olives.

This week’s readings focus on the theme of Salvation and our relationship with God.

So, a few days ago I was going through the Litany of the Sacred Heart of Jesus with a few of the other community members from the Vine & Fig Community. One thing that was discussed was the use of the phrase “have mercy on us” as a response in the prayer.

Jesus died on the cross to save us from our sins. As one of the community members brought up during the discussion of the Litany of the Sacred Heart, our relationship with God is not a co-dependent one. The idea that we are somehow hurting God when we comment a sin or that we are somehow helping God when we do something like going to church isn’t true. At the end of the day, God ultimately doesn’t really need us. We though, more or less need God.

For example, trans people transitioning is an act of salvation made manifest on Earth. It’s the act of being truer to the person God made you to be despite all of the societal pressures on the contrary.

Now I know some people may argue that if God really wanted me to be a girl (I’m a binary trans woman) then God would have made me assigned female at birth. I don’t think that is entirely true for me. While I know some other trans women may describe their experience with being a trans women as having been born in the wrong body, and that is a totally valid way to interpret things for those that choose to interpret things that way, I don’t believe I was born in the wrong body. I think I was meant to have been assigned male at birth and to journey on the path to where I am now.

To go back to the phrase I introduced at the beginning, God doesn’t need to “have mercy on” me. Sure, there can be negative aspects to being a trans women. However, at the end of the day I know I wouldn’t be the person I am today were I not a trans women. I’m fine facing any of the negatives that which come with being trans women.

To wrap things up I wanted to address the month in question Pride Month. Despite what some may claim Pride Month is not anti-God/anti-Christian. In fact, I think Pride Month is quite the opposite.  At the end of the day isn’t Pride month more or less about people choosing to love who God made them to be in spite of all the societal pressures not to be true to themselves.