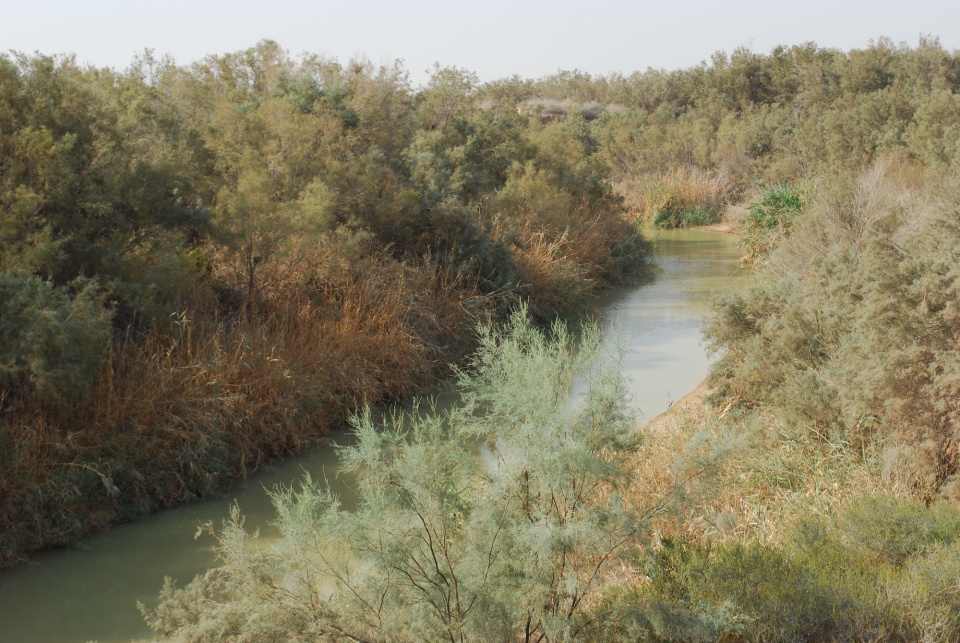 Thus says the LORD: Here is my servant whom I uphold, my chosen one with whom I am pleased, upon whom I have put my spirit; he shall bring forth justice to the nations, not crying out, not shouting, not making his voice heard in the street. a bruised reed he shall not break, and a smoldering wick he shall not quench, until he establishes justice on the earth; the coastlands will wait for his teaching.

I, the LORD, have called you for the victory of justice, I have grasped you by the hand; I formed you, and set you as a covenant of the people, a light for the nations, to open the eyes of the blind, to bring out prisoners from confinement, and from the dungeon, those who live in darkness.

Peter proceeded to speak to those gathered in the house of Cornelius, saying: “In truth, I see that God shows no partiality. Rather, in every nation whoever fears him and acts uprightly is acceptable to him. You know the word that he sent to the Israelites as he proclaimed peace through Jesus Christ, who is Lord of all, what has happened all over Judea, beginning in Galilee after the baptism that John preached, how God anointed Jesus of Nazareth with the Holy Spirit and power. He went about doing good and healing all those oppressed by the devil, for God was with him.”

The people were filled with expectation, and all were asking in their hearts whether John might be the Christ. John answered them all, saying, “I am baptizing you with water, but one mightier than I is coming. I am not worthy to loosen the thongs of his sandals. He will baptize you with the Holy Spirit and fire.”

They came to the Jordan to be baptized by John, to commit to a new way of life, a re-crossing of the Jordan river into the promised land of Israel—a life focused on relationship with God.  They came at a time when a foreign power had occupied their homeland.  They came wanting hope, wanting relief.  They looked to John and asked, “Is John the answer?”

“Is John’s way the answer?”

Jesus among them is baptised with them.  He is in prayer.  Let that sink in.  They are sitting along side the Messiah.  They don’t know it.

Now put yourself into this scene.

You’ve just been baptised with many of your community, many who feel that a change has to happen internally, politically, spiritually, because the status quo isn’t working anymore.  You’re sitting on the bank of the Jordan, maybe you’re in prayer, maybe you’re holding  your child, maybe you’re unsure about what’s just happened or you’re doubtful about it.  John, out of the blue, shouts:

“I baptise you with water, but one mightier than I is coming.  I am not worthy to loosen the thongs of his sandals.  He will baptize you with the Holy Spirit and fire.”

You’re startled. You think, what does this mean, Holy Spirit and fire?  You know John is a teacher, so you focus on what he’s said, try to grapple with the meaning.

Then, something like a dove lands on a man not far from where you’re sitting; a sonic boom issues forth from the skies, louder than anything you’ve ever heard, a voice: “You are my beloved Son;  with you I am well pleased.”

What do you do?  What would anyone do?

You go home.  You try your best to commit to a better way of living.  You try to be charitable, yet people still get on your nerves.  You try to get to the Temple as often as you can, but it feels less like worship and more like a tax, always buying sacrifices for what you’ve done wrong.  You still don’t have a connection, but you push on.  You feel empty.   You feel frustrated, sad, alone.  You wonder, “Have I ever had a connection with God, aside from what I buy and is killed?  Is this all there is?” You want it to be different, but it’s still a struggle to get out of bed, go to the market, sell your wares.

Maybe you were ridiculed before you came to the Jordan.  Maybe the people around you ridiculed you because you were different.  Maybe you had to fight your way because you were different.  You stepped into the Jordan, John held you, lifted you out of the water and invited you into a new way of living.  You maybe felt hopeful, until you returned to the bank of the Jordan, sat down alone because others were still uncomfortable being in the presence of someone so different.

While you thought this, the man whom the dove had landed on was in the desert, fasting.  For forty days and nights He went without food or water, was tempted by Satan and triumphed.  He returned into life, knowing every subsequent step He took was one step closer to the cross. And yet, He walked on.

The reading today is simply the beginning of what is to come.  What it tells us is that, while we are in the midst of despair, in our focus of self, the Divine is happening in our midst.  And yet, we are not able to see it because we can’t yet see the long game.  A dove descends, a voice booms, and nothing is said of what the people do.  The focus IS the divine.

We do the mundane things of the world.  We wash dishes, we do laundry, we do home work, we grieve, we battle mental illness.  All the while this is going on, somewhere in the world a miracle is happening.  And hopefully, someone will be aware enough to see it.