The Place Where You Stand 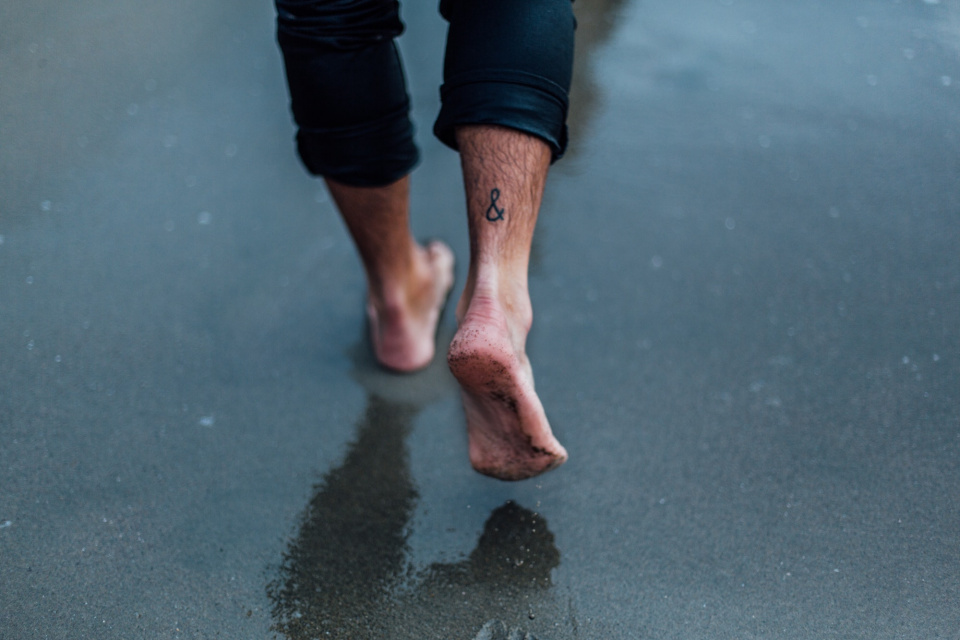 Moses was tending the flock of his father-in-law Jethro, the priest of Midian. Leading the flock across the desert, he came to Horeb, the mountain of God. There an angel of the LORD appeared to Moses in fire flaming out of a bush. As he looked on, he was surprised to see that the bush, though on fire, was not consumed. So Moses decided, “I must go over to look at this remarkable sight, and see why the bush is not burned.”

When the LORD saw him coming over to look at it more closely, God called out to him from the bush, "Moses! Moses!” He answered, “Here I am.” God said, “Come no nearer! Remove the sandals from your feet, for the place where you stand is holy ground. I am the God of your fathers, “ he continued, “the God of Abraham, the God of Isaac, the God of Jacob.” Moses hid his face, for he was afraid to look at God. But the LORD said, “I have witnessed the affliction of my people in Egypt and have heard their cry of complaint against their slave drivers, so I know well what they are suffering. Therefore I have come down to rescue them from the hands of the Egyptians and lead them out of that land into a good and spacious land, a land flowing with milk and honey.”

Moses said to God, “But when I go to the Israelites and say to them, ‘The God of your fathers has sent me to you,’ if they ask me, ‘What is his name?’ what am I to tell them?” God replied, “I am who am.” Then he added, “This is what you shall tell the Israelites: I AM sent me to you.”

God spoke further to Moses, “Thus shall you say to the Israelites: The LORD, the God of your fathers, the God of Abraham, the God of Isaac, the God of Jacob, has sent me to you.

“This is my name forever; thus am I to be remembered through all generations.”

I do not want you to be unaware, brothers and sisters, that our ancestors were all under the cloud and all passed through the sea, and all of them were baptized into Moses in the cloud and in the sea. All ate the same spiritual food, and all drank the same spiritual drink, for they drank from a spiritual rock that followed them, and the rock was the Christ. Yet God was not pleased with most of them, for they were struck down in the desert.

These things happened as examples for us, so that we might not desire evil things, as they did. Do not grumble as some of them did, and suffered death by the destroyer. These things happened to them as an example, and they have been written down as a warning to us, upon whom the end of the ages has come. Therefore, whoever thinks he is standing secure should take care not to fall.

And he told them this parable: “There once was a person who had a fig tree planted in his orchard, and when he came in search of fruit on it but found none, he said to the gardener, ‘For three years now I have come in search of fruit on this fig tree but have found none. So cut it down. Why should it exhaust the soil?’ He said to him in reply, ‘Sir, leave it for this year also, and I shall cultivate the ground around it and fertilize it; it may bear fruit in the future. If not you can cut it down.’”

When I found myself spirited away from the conservative understanding of the sexuality, it was more than simply leaving a set of abstract ideas and principles behind. For the first 26 years of my life, these ways of thinking about the world were all the more precious to me because they granted me access to community, and identity within it. Not only was this my way of finding belonging among family and friends, but it meant it was easy enough to be in a place I’d never been, making a friend at Mass, and building what seemed like deep, real relationships at breakneck speed.

This is what made becoming affirming so difficult – it was a matter of questioning something very basic about the most formative relationships of my life, of re-evaluating how I navigated community and found my place, my identity within and in relation to it. Suddenly, and without warning, my world was burning.

At first I burned alone, in stunned silence. It was all I could do to hold it together around others when I didn’t know what aftershocks lay in store within from day to day. Then I found my way to this and other queer Catholic communities. I started listening quietly to the stories you shared. I heard so many echoes of the pain I felt inside. And though I still burned, I realized I did not burn alone.

As affirming queer Catholics, we find ourselves at the curious intersection of a religious world that regularly finds new ways of rejecting us and a world that wonders why we don’t leave that world altogether, or at least find a less oppressive church. I have seen many take one of these paths, but though I rejoice to see them finding somewhere they belong, I cannot seem to bring myself to follow.

Truth be told, there is more than a little stubborn pride in staying. But I think there is also a quiet glimmer of hope behind that brashness – a glimpse of which I catch in the first reading, in the bush that was set aflame but was not consumed, that was in fact the sign of the presence of God. Our Lenten journey will soon lead us to meditate once again on the passion, death, and resurrection of Christ, of the One who was cast out of his community by nearly unanimous consent, denied by those closest to him, and yet was not destroyed, but was the definitive revelation of God among humankind.

Now, three years on from my pivot towards affirmation, I am filled with wonder at the joy I’ve found in this community. I have seen the presence of God in my siblings who found themselves cast out of their homes, their families, their communities, their churches, who ought to have crumbled under the weight of condemnation, but who were not consumed, but whose branches are verdant and have produced tender fruit. I am filled with awe as I listen to the burdens my queer Catholic siblings have carried, knowing that I stand on holy ground. Three years on, I still burn, but I pray that I may one day turn around and find that the fire has not consumed me, that I may be made a sign of God to someone else.

My invitation to you this Lent is to remember the promise of hope that ever accompanies the sign of the presence of God. From the burning bush, God sends a message to his people that “I have come down to rescue them.” On the cross, Christ becomes the revelation of our rescue from sin. When you listen to the stories that we queer Catholics tell, take off your sandals. Do you feel the faintest vibrations in the sand between your toes? They announce the approaching footsteps of God, who bears in his arms this promise: that we will be free to love as we were made and called to love, to live as queer children of the church, beloved children of God.